In our school laboratory, we might have seen magnifying glasses. It is used to observe body parts of earthworms and cockroaches. Sometimes for fun, we might have tried studying books through it. We find that everything which we see through a magnifying glass appears bigger than its actual size. This magnifying glass is actually made up of lenses. They are used in spectacles, microscope, and telescopes. Ever tried touching the lenses. You will find that some lenses are thicker in the middle than at the edges and are known as a convex lens. While some of them are thicker at edges than in the middle, these are known as a concave lens. 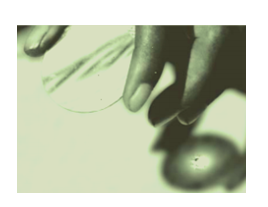 If we perform another experiment keeping the candle, convex lens and screen parallel to each other. Change the distance between the lens and the candle every time and notice the image. You will generally find inverted and real images. 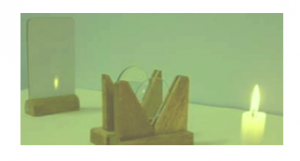