What is Darcy’s Law?

Darcy’s law states the principle which governs the movement of fluid in the given substance. Darcy’s law equation that describes the capability of the liquid to flow via any porous media like a rock. The law is based on the fact according to which, the flow between two points is directly proportional to the pressure differences between the points, the distance, and the connectivity of flow within rocks between the points. Measuring the inter-connectivity is known as permeability.

One application of Darcy’s law is to flow water through an aquifer. Darcy’s law with the conservation of mass equation is equivalent to the groundwater flow equation, being one of the basic relationships of hydrogeology. Darcy’s law is also applied to describe oil, gas, and water flows through petroleum reservoirs.

The liquid flow within the rock is governed by the permeability of the rock. Permeability has to be determined in horizontal and vertical directions. For instance, shale consists of improbabilities which are less vertically. This indicates that it is not easy for liquid to flow up and down via shale bed but easier to flow side to side.

Interested to learn about more laws in Physics, below are the links:

To understand the mathematical aspect behind liquid flow in the substance, Darcy’s law can be described as:

Darcy’s law describes the relationship among the instantaneous rate of discharge through porous medium and pressure drop at a distance.

Using the specific sign convention, Darcy’s law is expressed as:

Q is the rate of water flow

K is the hydraulic conductivity

A is the column cross-section area

Darcy’s Law diagram is as shown below:

Darcy’s refers to many unit systems. A medium that has a permeability of 1 Darcy allows a flow of 1 cm3/s of a liquid with viscosity 1 cP under 1 atm/cm pressure gradient acting across an area of 1 cm2.

Darcy’s law is critical when it comes to determining the possibility of flow from a hydraulically fractured to a freshwater zone because it creates a condition where the fluid flow from one zone to the other determines whether hydraulic fluids can reach freshwater zone or not.

Darcy’s law can be applied to many situations but do not correspond to these assumptions.

To know more about Darcy’s law groundwater flow and hydraulic conductivity along with Darcy’s law examples, you can visit us at BYJU’S. 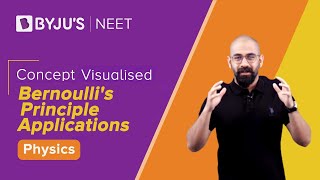