What is Rotational Kinetic Energy?

The rotational kinetic energy of a rotating object can be expressed as half of the product of the angular velocity of the object and moment of inertia around the axis of rotation. Mathematically written as:

The expression can be designed for linear and rotational kinetic energy parallelly from the principle of work and energy. Consider the particular parallel between a fixed exerted torque on a wheel with a moment of inertia and force on a mass m and both beginning from the rest.

The mechanical work that is required during rotation is the number of torque of the rotation angle. The axis of rotation for unattached objects is mostly around its centre of mass.

By substituting the dimensional formula of moment of inertia and angular velocity, we get,

Following is the table with unit of rotational kinetic energy in SI and MKS system: 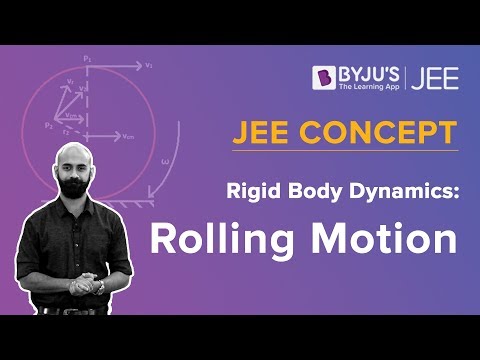 Please note the relationship between the result of rotational energy and the energy held by linear motion.

Power for rotational systems depends upon torque and frequency of the rotation. By knowing the values of torque and revolutions per minute, power can be calculated. Following is table explaining the formula for rotational power: 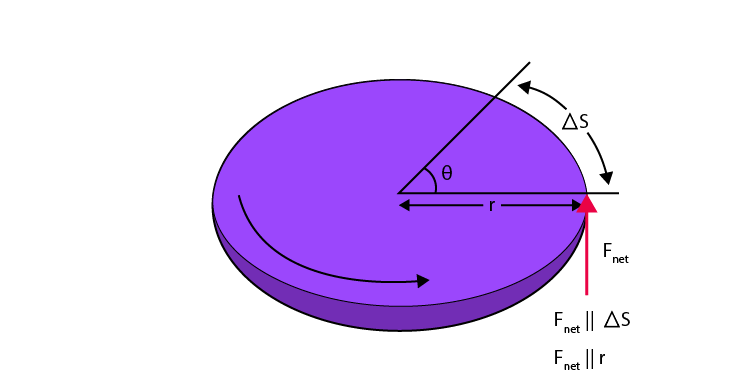 For any object to rotate such as grindstone or merry-go-rounds, work must be done. Consider a situation where work is done resulting in a rotational situation such that the net force exerted is perpendicular to the radius of the disk and continues to remain perpendicular as the disk starts to rotate. The net work done is the product of force times the arc length travelled since force is parallel to the displacement which is given as:

By multiplying and dividing the above equation with r, we get quantities related to rotational quantities:

From the above equation we understand that,

The above equation is the expression for rotational work.

The net work done is given as:

From rotational kinematics equation , we get

The above equation is the work-energy theorem for rotational motion.

We can define \(\frac{1}{2}I\omega ^{2}\) to be rotational kinetic energy for an object with moment of inertia I and angular velocity ω from the analogy with translational motion.

Therefore, the rotational kinetic energy of the grindstone is 28800 J.