Kinetics and kinematics are branches in physics that deal with the motion of an object. Although both the terms sound similar, there are a few differences between them. 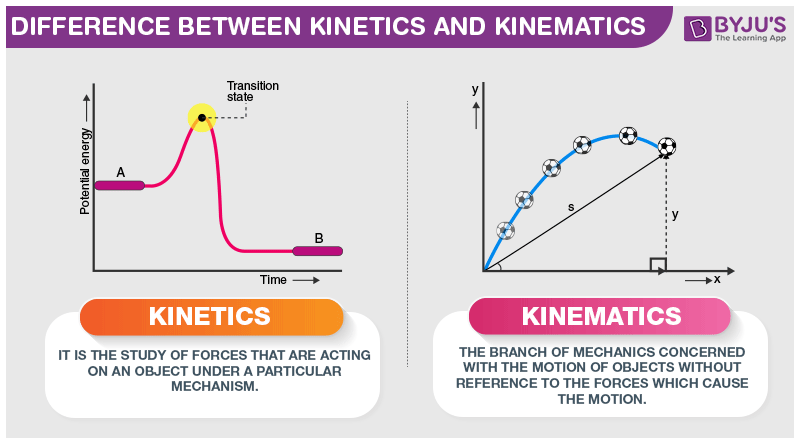 What is the difference between Kinetics and Kinematics?

Kinetics is focused on understanding the cause of different types of motions of an object such as rotational motion in which the object experiences force or torque.

Kinematics explains the terms such as acceleration, velocity, and position of objects. The mass of the object is not considered while studying the kinematics.

These were some key Kinetics and Kinematics difference. If you wish to learn more physics concepts with the help of interactive video lessons, download BYJU’S – The Learning App.

Test your knowledge on Kinetics and kinematics differences
Q5