What are Significant Figures?

Significant figures can be defined as important numbers between 0 and 9 that are used in the coefficient of an expression that explains the precision of the expression. These figures are obtained by rounding off the expression after the calculations are executed on them. There are certain rules to follow when it comes to arithmetic operations. Following is the table of examples with decimal notation, scientific notation, and significant figures:

The general rule to follow is the rule of the weakest link which states that the chain is as strong as its weakest link. The accuracy of a measurement or a calculation is limited by the least accurate measurement in the calculation.

Following is the set of arithmetic operations that are used in significant figures are:

Following is the table with the link related to significant figures:

The result is rounded off to the last common digit occurring furthest to the right in all components. Another way to state this rule is as follows: in addition and subtraction, the result is rounded off so that it has the same number of digits as the measurement having the fewest decimal places (counting from left to right). For example,

We can see that the second number, 234.6, is only accurate to the tenths place; all the other numbers are accurate to a greater number of decimal places. Complying with the rule of the weakest link, the answer should be rounded to the tenth place. We get,

0.02 here is not the right answer, because 0.02 has only one significant digit; namely, the “2”. The trailing zero in 0.020 indicates that “this is accurate to the thousandths place, or two significant digits”, and is necessary to complete the answer. 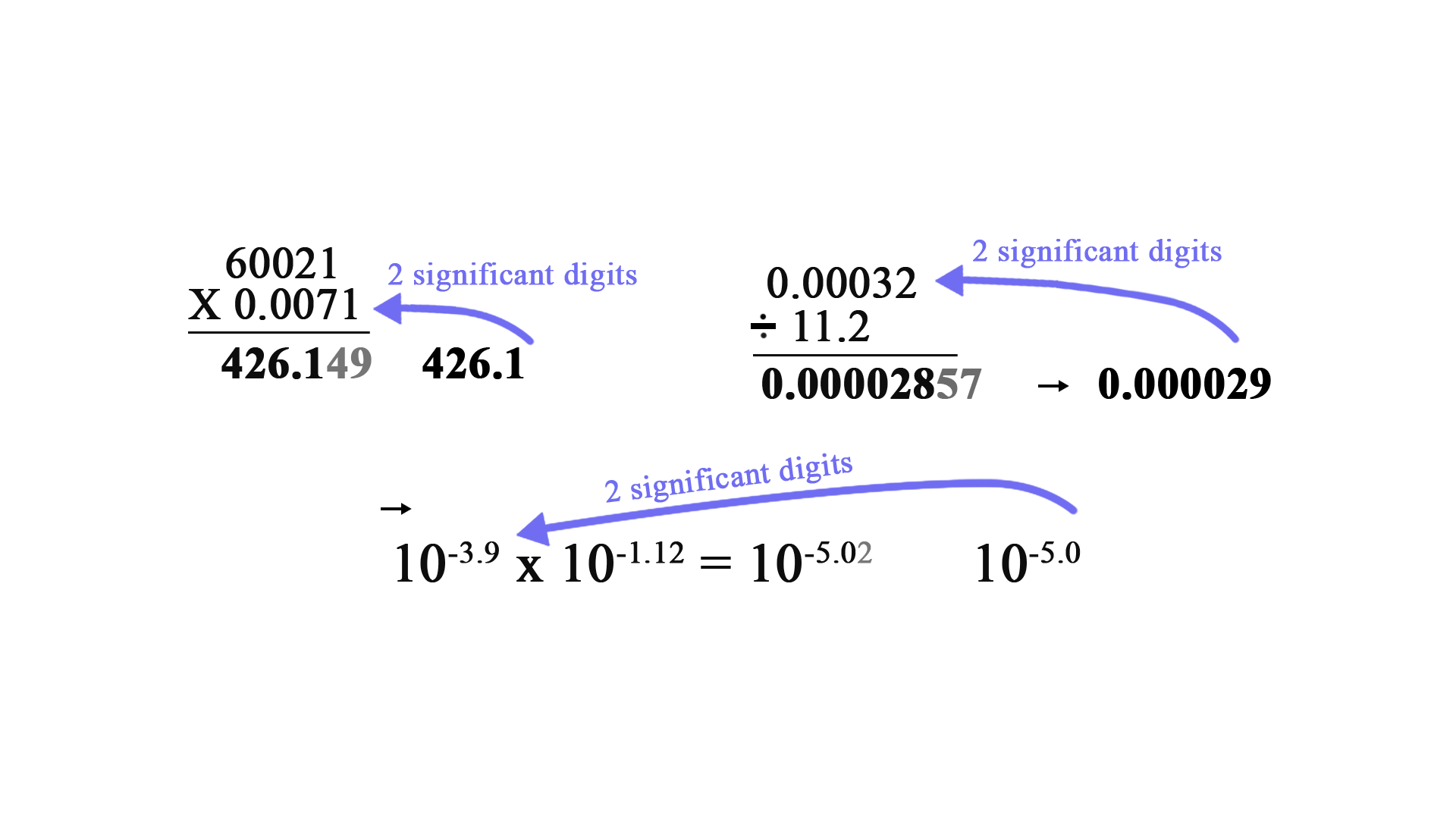 Found this article illuminating? Get complete coverage of the CBSE Science syllabus, download BYJU’S – The Learning App for a complete solution.