What is Gamma Radiation?

Gamma rays or gamma radiation is a stream of the high-energy electromagnetic radiation given off by an atomic nucleus undergoing radioactive decay. Before we can delve further into the details of the topic, we need to understand the basics of radioactivity and what is meant by radioactive decay.

Not all atoms are stable. In a bid to attain stability, the unstable atoms constantly release energy and matter from their nucleus and often become entirely new elements. This process is called radioactive decay.

The subatomic particles i.e. alpha, beta & gamma particles and the energy associated with them, that are released during the decay of the unstable nuclei are known as radiation. There are three primary forms of radiation:

Among the three alpha is the weakest and gamma is the strongest type of radiation. 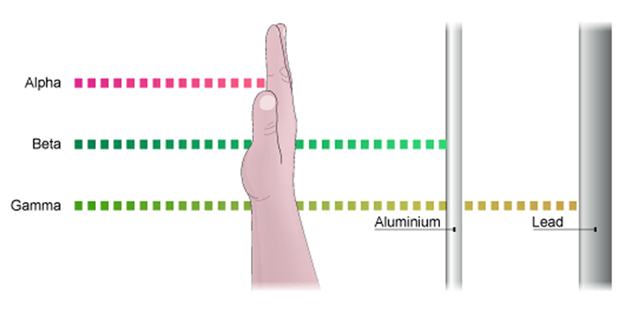 Gamma radiation or gamma ray is an extremely high-frequency radioactive radiation consisting of high-energy photons. It was first discovered by a French chemist and physicist, Paul Villard in 1900. It was named gamma ray by Ernest Rutherford in 1903.

Gamma rays are ionizing in nature, which means that they are capable enough to release electrons from atoms. Gamma rays are biologically dangerous and can cause animal cells to decay. Normally, gamma rays have frequencies of above 10 exahertz and energies over 100 keV and wavelengths of less than 10 picometers.

Detecting gamma rays are not as easy as detecting the other types of ray such as x-ray or light. It cannot be reflected by a mirror because of its high density, which allows it to pass through such devices undetected. The detection of gamma rays require a special kind of detector, called gamma rays telescope which the uses Compton Scattering process to detect gamma rays.

Though gamma rays are bio-hazardous in nature, they can be controlled and used for various important purposes: