Traditionally, the first firm to commercialize a new technology has benefited from the unique opportunity to shape product definitions, forcing followers to adapt to a standard or invest in an unproven alternative.

Today,however, the largest payoffs may go to companies that lead in developing integrated approaches for successful mass production and distribution. Producers of the Beta format for videocassette recorders (VCR’s), for example, were first to develop the VCR commercially in 1975, but producers of the rival VHS (Video Home System) format proved to be more successful at forming strategic alliances with other producers and distributors to manufacture and market their VCR format Seeking to maintain exclusive control over VCR distribution. Beta producers were reluctant to form such alliances and eventually lost ground to VHS in the competition for the global VCR market.

Despite Beta’s substantial technological head start and the fact that VHS was neither technically better nor cheaper than Beta, developers of VHS quickly turned a slight early lead in sales into a dominant position. Strategic alignments with producers of prerecorded tapes reinforced the VHS advantage. The perception among consumers that prerecorded tapes were more available in VHS format further expanded VHS’s share of the market. By the end of the 1980’s. Beta was no longer in production.

Based on the Passage, answer the following questions:

1. The passage is primarily concerned with which of the following?

(D) illustrating a business strategy by means of a case history

(A) investing in research to produce cheaper versions of existing technology

(B) being the first to market a competing technology

(E) emphasizing the development of methods for the mass production and distribution of a new technology.

3. According to the passage, consumers began to develop a preference for VCR’s in the VHS format because they believed which of the following?

(A) VCR’s in the VHS format were technically better than competing-format VCR’s.

(B) VCR’s in the VHS format were less expensive than competing-format VCR’s.

(C) VHS was the first standard format for VCR’s.

(E) VCR’s in the Beta format would soon cease to be produced.

4. The author implies that one way that VHS producers won control over the VCR market was by

(B) giving up a slight early lead in VCR sales in order to improve long-term prospects.

(C) retaining a strict monopoly on the production of prerecorded videotapes.

(D) Sharing control of the marketing of VHS-format VCR’s

5. The alignment of producers of VHS-format VCR’s with producers of prerecorded videotapes is most similar to which of the following?

(C) The alignment of an automobile manufacturer with a petroleum company to ensure the widespread availability of the fuel required by a new type of engine developed by the manufacturer.

(D) The alignment of an automobile manufacturer with its dealers to adopt a plan to improve automobile design.

6. Which of the following best describes the relation of the first paragraph to the passage as a whole?

(A) It makes a general observation to be exemplified.

(B) It outlines a process to be analyzed.

(C) It poses a question to be answered.

(D) It advances an argument to be disputed.

(E) It introduces conflicting arguments to be reconciled.

Watch The Below Videos to Boost Reading Comprehension: 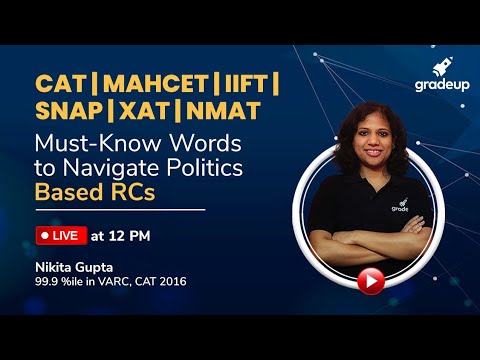 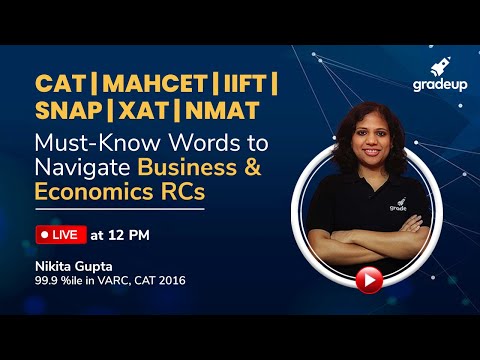 Shaw’s defense of a theater of ideas brought him up against both his great bugbears—commercialized art on the one hand and Art for Art’s Sake on the other. His teaching is that beauty is a by-product of other activity; that the artist writes out of moral passion (in forms varying from political conviction to religious zeal), not out of love of art; that the pursuit of art for its own sake is a form of self-indulgence as bad as any other sort of sensuality. In the end, the errors of “pure” art and of commercialized art are identical: they both appeal primarily to the senses. True art, on the other hand, is not merely a matter of pleasure. It may be unpleasant. A favorite Shavian metaphor for the function of the arts is that of tooth-pulling. Even if the patient is under laughing gas, the tooth is still pulled.

The history of aesthetics affords more examples of a didactic than of a hedonist view. But Shaw’s didacticism takes an unusual turn in its application to the history of arts. If, as Shaw holds, ideas are a most important part of a work of art, and if, as he also holds, ideas go out of date, it follows that even the best works of art go out of date in some important respects and that the generally held view that great works are in all respects eternal is not shared by Shaw. In the preface to Three Plays for Puritans, he maintains that renewal in the arts means renewal in philosophy, that the first great artist who comes along after a renewal gives to the new philosophy full and final form, that subsequent artists, though even more gifted, can do nothing but refine upon the master without matching him. Shaw, whose essential modesty is as disarming as his pose of vanity is disconcerting, assigns to himself the role, not of the master, but of the pioneer, the role of a Marlowe rather than of a Shakespeare. “The whirligig of time will soon bring my audiences to my own point of view,” he writes, “and then the next Shakespeare that comes along will turn these petty tentatives of mine into masterpieces final for their epoch.”

“Final for their epoch”—even Shakespearean masterpieces are not final beyond that. No one, says Shaw, will ever write a better tragedy than Lear or a better opera than Don Giovanni or a better music drama than Der Ring des Nibelungen; but just as essential to a play as this aesthetic merit is moral relevance which, if we take a naturalistic and historical view of morals, it loses, or partly loses, in time. Shaw, who has the courage of his historicism, consistently withstands the view that moral problems do not change, and argues therefore that for us modern literature and music form a Bible surpassing in significance the Hebrew Bible. That is Shaw’s anticipatory challenge to the neo-orthodoxy of today.

Based on the Passage, answer the following questions:

7)According to the author, Shaw’s didacticism was unusual in that it was characterized by

(8)It can be inferred from the passage that Shaw would probably agree with all of the following statements about Shakespeare EXCEPT:

(A) He wrote out of a moral passion.

(B) He was the most profound and original thinker of his epoch.

(C) He was a greater artist than Marlowe.

(D) His Lear gives full and final form to the philosophy of his age.

(9)Which of the following does the author cite as a contradiction in Shaw?

(A) Whereas he pretended to be vain, he was actually modest.

(B) Although he insisted that true art springs from moral passion, he rejected the notion that morals do not change.

(C) He considered himself to be the pioneer of a new philosophy, but he hoped his audiences would eventually adopt his point of view.

(D) On the one hand, he held that ideas are a most important part of a work of art; on the other hand, he believed that ideas go out of date.

10)The ideas attributed to Shaw in the passage suggest that he would most likely agree with which of the following statements?

(A) A play cannot be comprehended fully without some knowledge and imaginative understanding of its context.

(C) Morality is immutable; it is not something to be discussed and worked out.

(D) Don Giovanni is a masterpiece because it is as relevant today as it was when it was created.