Aerofoil is a body that is shaped to produce an aerodynamic lift perpendicular to its direction of motion. In this article, let us explore aerofoil in detail.

Aerofoil or airfoil is a cross-sectional shape designed with a curved surface, giving it the most favourable ratio between lift and drag in flight. Lift is the component such that the force is perpendicular to the direction of motion, and drag is the component parallel to the direction of motion. A similar idea is used in designing hydrofoils, which is used when water is used as the working fluid. Aerofoils are highly efficient lifting shapes as they generate more lift than similarly sized flat plates of the same area and generate lift with significantly less drag.

The designing of the aerofoil depends on the aerodynamic characteristics, which further depends on the aircraft’s weight, speed, and purpose. These are dependent on specific terms that need to be defined to understand the design. German mathematician Max Munk first devised aerofoil, and it was further refined by British aerodynamicist Hermann Glauert and others in the 1920s.

Following are the terms that are related to aerofoils:

A chord line is defined as the straight line connecting the leading and trailing edges.

The upper surface is also known as the suction surface, associated with high velocity and low static pressure.

The lower surface is also known as the pressure surface with higher static pressure.

The pitching moment is independent of lift coefficient and angle of attack (AOA) at this centre.

The pitching moment is zero at this centre.

The angle of attack (AOA)

The angle formed between a reference line on a body and the oncoming flow.

The moment or torque produced the aerodynamic force on the aerofoil.

How does Aerofoil produce lift?

An airfoil produces lift by exerting a downward force on the air as it flows past. According to Newton’s third law, the air must exert an equal and opposite (upward) force on the airfoil, which is lifted. The airflow shifts direction as it crosses the aerofoil and pursues a path that is curved downward.

Aerofoils are used in aircraft design, propellers, rotor blades, wind turbines and other applications of aeronautical engineering. In aeroplanes, the lift is the force that opposes the weight of the aeroplane and is created by the forward motion. When the air passes the wings, it is forced to split between the above and below of the wing. The curved surface and upward angle of the wing increases the amount of air that flows under the wing, which is displaced downwards and pushes the plane up, creating lift. This means there is a stronger force pushing the wing up, allowing the plane to fly.

Lift coefficient is a dimensionless coefficient giving relationship between the lift generated by a lifting body to fluid density, fluid velocity and the associated reference area. Mathematical representation is as follows:

This has identical upper and lower surfaces such that the chord line and mean camber line are the same producing no lift at zero AOA. These find applications in most of the light helicopters in their main rotor blades.

It is also known as a cambered aerofoil. This has different upper and lower surfaces such that the chord line is placed above with large curvature. These have different chord line and camber line. The advantages of non-symmetrical aerofoil is that the lift to drag ratio and stall characteristics are better and useful lift is produced at zero AOA. The disadvantages are that they are not economical and there is a production of undesirable torque.

Aerofoil or airfoil is the cross-sectional shape designed with a curved surface, giving it the most favourable ratio between lift and drag in flight.

German mathematician Max Munk first devised aerofoil, and it was further refined by British aerodynamicist Hermann Glauert and others in the 1920s.

Why is aerofoil shape important?

How does aerofoil generate lift?

An airfoil produces lift by exerting a downward force on the air as it flows past.

Where are aerofoils used?

How does your favourite footballer curve the ball with a flick of their foot? This is a consequence of another interesting phenomenon known as the Magnus effect. Watch the video to learn more about it. 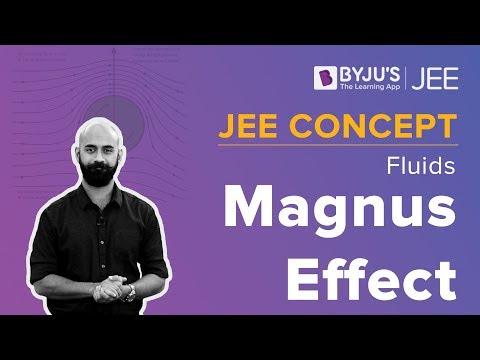 Test your knowledge on Aerofoil!
Q5