You witness many objects under motion every day. There are other objects which you set into motion. Let us say that you set a toy car or a spinning top in motion on the floor. What do you observe? After spinning or moving for some time, the toy as well as the car come to rest, don’t they? This gives rise to a question. Is an external force required to keep a body in uniform motion? In this article, we will find an answer to these questions and learn about Aristotle’s Fallacy in the process.

Coming back to the example quoted above, we talk about the toy car which has to be dragged as long as we want it to be in motion. Once you leave the string loose, the car comes to rest. Similarly, you roll a ball on the floor. It eventually slows down and then comes to rest. If you want the car or the ball to move again, you need to pull the string or roll the ball again. In other words, you need to apply force on them.

So Aristotle made observations from practical experiences and came to the conclusion that an external force is required to keep a body in uniform motion. This is known as Aristotle’s fallacy. 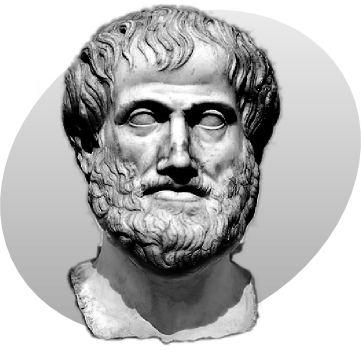 Is an external force required to keep a body in uniform motion?

The simple and sweet answer would be NO. But let us discuss the reason behind calling Aristotle’s observation a fallacy.

We know that a moving toy car comes to rest. But the actual reason behind it is the presence of the frictional force that the car experiences due to its contact with the floor. It is friction that opposes its motion and eventually brings it to rest. So now when you apply the force in the direction of the motion of the car, you basically overcome or counter the frictional force in order to set the car into motion again.

It is interesting to note that, had there not been any frictional force, there was no force required to keep the car moving. This implies that in the absence of an external opposing force, a body in motion will be in uniform motion forever. Aristotle failed to understand this and set his argument on the basis of the practical experiences only. This is why it is called Aristotle’s fallacy.

However, in the natural world, opposing forces are always present. Hence, we do need an external force to overcome them.