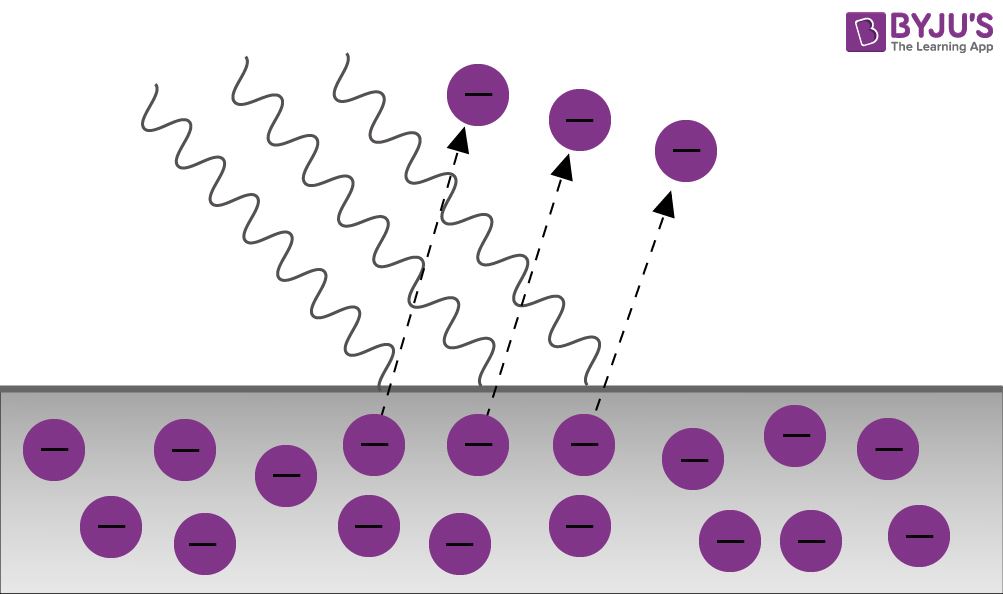 Following is the table with link of other experiment related to the photoelectric effect:

Einstein resolved this problem using Planck’s revolutionary idea that light was a particle. The energy carried by each particle of light (called quanta or photon) is dependent on the light’s frequency (ν) as shown:

Since light is bundled up into photons, Einstein theorized that when a photon falls on the surface of a metal, the entire photon’s energy is transferred to the electron.

We can write this mathematically as:

At the threshold frequency, ν0 electrons are just ejected and do not have any kinetic energy. Below this frequency, there is no electron emission. Thus, the energy of a photon with this frequency must be the work function of the metal.

Vmax is the maximum kinetic energy of the electron. It is calculated experimentally using the stopping potential. Please read our article on Lenard’s observations to understand this part.

Thus, Einstein explained the Photoelectric effect by using the particle nature of light.

Stay tuned with BYJU’S to learn more about the photoelectric effect along with engaging video lectures.