Hertz And Lenard's Observations Of The Photoelectric Effect

It was in 1887 when Heinrich Hertz was conducting experiments to prove Maxwell’s electromagnetic theory of light, that he noticed a strange phenomenon. Hertz used a spark gap (two sharp electrodes placed at a small distance so that electric sparks can be generated) to detect the presence of electromagnetic waves. To get a closer look, he placed it in a dark box and found that the spark length was reduced. When he used a glass box, the spark length increased and when he replaced it with a quartz box, the spark length increased further. This was the first observation of the photoelectric effect.

A year later, Wilhelm Hallwachs confirmed these results and showed that UV light on a Zinc plate connected to a battery generated a current (because of electron emission). In 1898, J.J. Thompson found that the amount of current varied with the intensity and frequency of the radiation used.

The resolution would only come a few years later by Einstein when he would provide an explanation to the photoelectric effect.

J.J. Thompson’s set up (later improved by Lenard) to study this effect is of great importance. It consists of two zinc plate electrodes placed on the opposite ends of an evacuated (a vacuum is maintained) glass tube. A small quartz window illuminates one of the electrodes that is made the cathode. Quartz is used because ordinary glass blocks Ultra-Violet light. A variable voltage is exerted across the two electrodes using a battery and a potentiometer. The current in the circuit can be recorded using an ammeter as the potential and light intensity is changed. The set up is shown below: 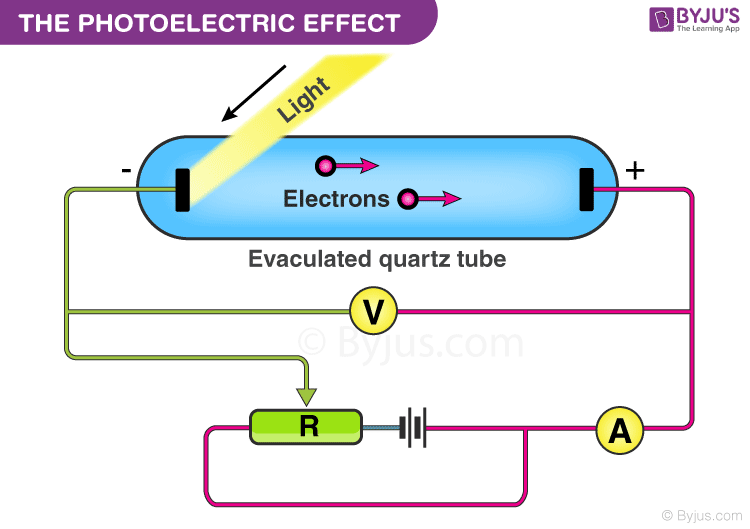 (e is the charge of the electron) Note that the stopping potential is independent to the intensity of light. 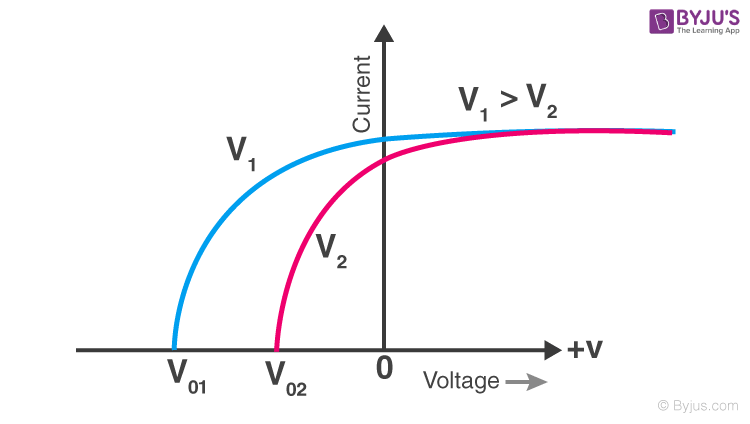 To know how Albert Einstein in his Nobel Prize-winning work explained these phenomena, check out our article by visiting our site BYJU’S.