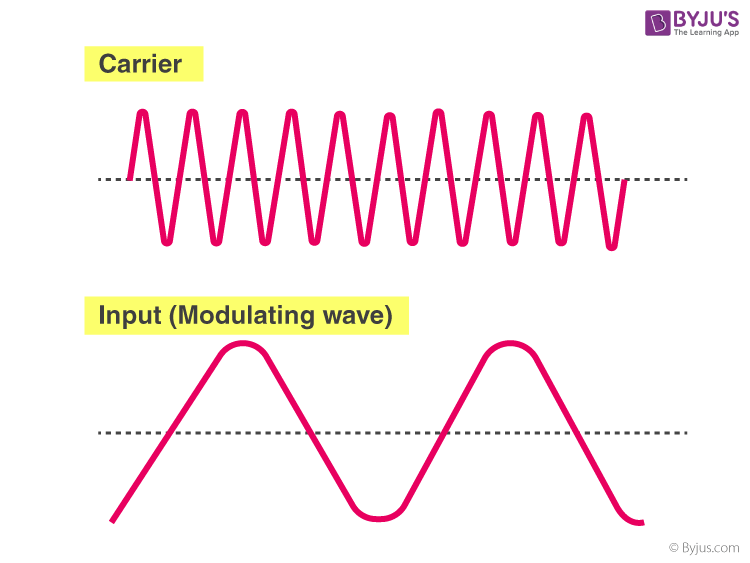 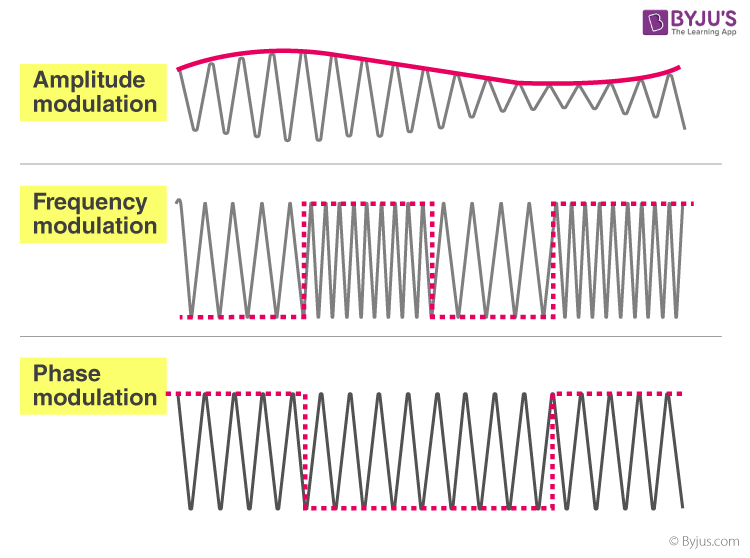 There are three types of modulation, namely:

It is a kind of modulation where the amplitude of the carrier signal is changed in proportion to the message signal while the phase and frequency are kept constant.

This is the modulation where the phase of the carrier signal is altered according to the low frequency of the message signal is called phase modulation.

In this modulation the frequency of the carrier signal is altered in proportion to the message signal while the phase and amplitude are kept constant is called frequency modulation.

Modulation mechanisms can also be digital or analog. An analog modulation scheme has an input wave that changes like a sine wave continuously, but it is a bit more complicated when it comes to digital. The voice sample is considered at some rate and then compressed into a bit (the stream of zeros and ones). This, in turn is made into a specific type of wave that is superimposed on the carrier.

Difference between Modulation and Demodulation

Even though there are different methods for modulation and demodulation processes, each has its own advantages and disadvantages. For example, AM is used in shortwave and radio wave broadcasting; FM is mostly used in high-frequency radio broadcasting, and pulse modulation is known for digital signal modulation. 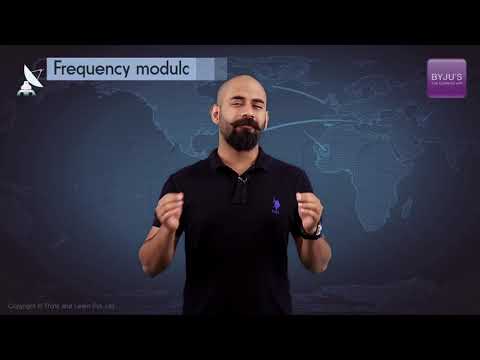 What is the effect of distortion in modulation?

What is the reference line for the modulating signal?

The reference line for the modulating signal is the carrier peak line.

The reference line for the modulating signal is the carrier peak line.

State if the given statement is true or false: In amplitude modulation, the instantaneous values of carrier changes along with a change in amplitude and frequency of the modulating signal.

The given statement is true. The carrier frequency remains unchanged while the amplitude varies in the modulating signal.

Name the term used for explaining the line connecting the positive and negative peaks of the carrier waveform.

An envelope is defined as an imaginary line that connects the positive and negative peaks of the carrier waveform.

What is measuring wave?

Measuring waves is also known as the modulating wave. It is the wave that is superimposed on a carrier wave with high frequency.

Test your Knowledge on Modulation and Demodulation
Q5