We are familiar with the use of wood as fuel, but we know that wood contains a very less amount of carbon. And a major amount of impurities such as sulphur, chlorine, silicon and water decrease its efficiency as a fuel. This results in the production of a large amount of smoke and ash. When this wood is converted to charcoal by removing volatile impurities and water, we get an excellent fuel with higher efficiency and low production of smoke.

Similar observations can be noted for biomass. When cow dung cakes are used as fuel, a large amount of smoke and ash is generated. Can we modify these cow dung cakes to increase their efficiency? Let’s learn about biogas, which is generated from biomass by the process of anaerobic decomposition of organic matter. 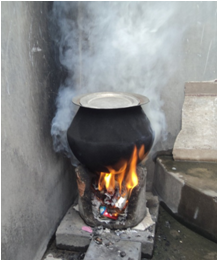 Biomass is organic matter obtained from living or recently living organisms, such as crop residue, animal waste, forest debris, municipal solid waste etc. Biomass contains 75% of carbon along with other molecules such as hydrogen, oxygen, nitrogen. And also a small number of alkali metals, alkaline earth metals, and heavy metals.

Biogas refers to a mixture of gases produced by the anaerobic decomposition of organic matter such as agricultural waste, municipal waste, plant residue, food waste etc. Biogas consists of methane, carbon dioxide along with the small amount of hydrogen sulphide, and moisture. 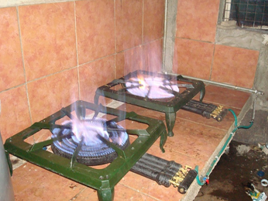 What is a Biogas Plant?

The biogas plant consists of a dome-like structure. Organic material such as discarded food residue, fats, sludge, cow dung etc. are mixed with water and fed to the digester through the inlet as shown in the figure.

The digester is a sealed chamber where anaerobic decomposition of organic matter takes place. After a few days, the organic matter completely decomposes to generate gases like methane, carbon dioxide, hydrogen and hydrogen sulphide. These gases are then drawn through pipes from the storage tank above the digester and distributed through decentralization channels to nearby centres for use.

Biogas burns without smoke; hence no harmful gas such as CO2, CO, NO2, and SO2 are evolved.

The slurry produced after the production of biogas is used as manure in fields. The method of disposal is safe and efficient and hence no space is wasted in the form of landfills.

Work opportunity for thousands of people is created, especially in rural areas.

It is considered as a renewable source of energy because the production is dependent on the generation of waste which is an endless process.

Not efficient enough on a large scale:

Since it is difficult to enhance the efficiency of biogas, it is not economically viable to use biogas on a large scale.

It contains many impurities which are difficult to be controlled even after rounds of purification. Biogas when compressed, to be used as fuel, proves to be highly corrosive to the container

When methane comes in contact with oxygen it reacts violently to produce carbon dioxide. The highly inflammable nature of methane makes it prone to explosions. 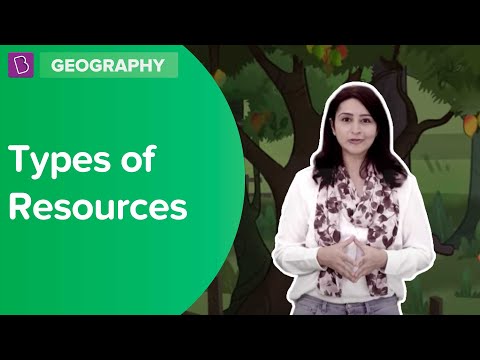 What does biogas consist?

Three examples of biomass are:

What does biomass consist?

Biomass consists of 75% of carbon along with other molecules such as hydrogen, oxygen, nitrogen. It also contains heavy metals, alkali metals, and alkaline earth metals in small quantities.

State true or false: Biogas is a non-renewable form of energy.

False. Biogas is a renewable resource of energy.
Test your knowledge on Biogas energy
Q5