Conduction of Electricity in Liquids

Metals conduct electricity by means of mobile electrons. The outermost electrons in metals are loosely held due to which they can move from atom to atom. This is why metals are excellent conductors of electricity. Liquids, on the other hand, conduct electricity by other means. Unlike in metals, the chemical bonding in liquids does not allow for electrons to move freely. This means we have to introduce charges into the water before it can start conducting. Certain compounds (ionic Compounds)dissolve in water, they do so by dissociating or breaking up their bonds. When the bond is broken, the components of the compound break apart to yield multiple constituent atoms with a charge on them. The atom that loses an electron(s) has more protons than electrons and similarly an atom that gains electrons have more electrons than protons. This leads to a charge imbalance leading to a positive or a negative charge on the atom. The atom that becomes charged by losing or gaining one or more electrons is called an Ion.

Conduction of Electricity in Substances

Let’s use an experimental setup to understand the flow of electricity through various liquids. We know that electricity is the movement of charged particles through the body. In solids like metals, the electrons are loosely bound to the atoms due to which electrons can move freely from atom to atom in a metal object. This mobility of electrons allows us to pass an electric current through it. If we can pass an electric current through objects easily, we call them Good conductors of electricity. Materials that do not allow the flow of electricity through it are called insulators. The only liquid elements which conduct electricity are liquid metals and the only metal liquid at room temperature is Mercury. This experiment helps us identify how exactly electricity is conducted through a liquid.

Getting back to the experimental setup. This setup is used to test the conduction of electricity in a substance. This setup consists of an electric circuit connected to a glass lamp attached to a voltage source to power this lamp like a battery. There is a discontinuity in the circuit in the form of an intentional break in it. This breakage is replaced with two electrodes that can be dipped into substances to examine the nature of electrical conduction through the body.

When the electrodes are dipped into a conducting substance like mercury, the current flows from the circuit, from the electrode into the conducting material and from there on to the other electrode and then to the bulb thereby completing the circuit. If the bulb glows it means that the substance is conducting. In a non-conducting substance, the current is unable to flow from the electrode to the substance thereby breaking the circuit. The lamp, in this case, stays off. This experiment is mainly conducted to check the conductivity of solutions. If the lamp lights up, the solution conducts electricity. If the lamp is dim it means that it conducts very little electricity. Let’s see the results of this experiment for various common solutions. 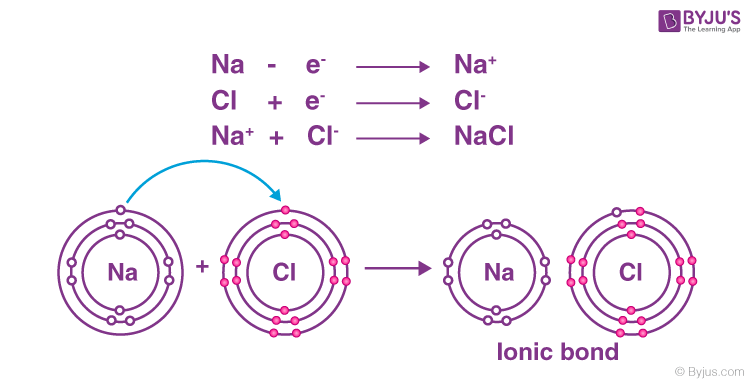 From the experiment, we deduce that there is something in salt that enables the conduction of electricity in a solution. This means that we must dive into what enables it to do so. The answer is Ions. Learn about ionic and covalent compounds and how electricity is conducted in another article. Find out more in the link mentioned below.

One should also bear in mind that normal tap water has many compounds dissolved in it which we term as Hardness. The conductivity depends largely on this and therefore conductivity of tap water may vary from place to place. From this experiment, we found out which solutions conduct electricity and which don’t but what is the mechanism of conduction of electricity in liquids. Learn more about why certain solutions conduct and some don’t. Learn the science behind everything you see around you with BYJU’S. Join us and fall in love with learning.

The creation of ions in a solution is largely decided by the nature of chemical bonding between the atoms of the compound. Covalent compounds are usually made from non-metal elements which are bonded by bonds where electrons are shared. Since electrons are shared in covalent bonds they cannot separate into charged ions in a solution. Ionic compounds are compounds made of charged particles (ions). The positive ions are formed by metals having lost one or more electrons. The negative ions are formed by non-metals gaining one or more extra electrons. Positive and negative ions attract each other and combine with each other to yield ionic compounds. Ions carrying opposite charges tend to attract and hold on to each other. This leads to the formation of compounds called ionic compounds. For example, a sodium atom may lose an electron, which is gained by a chlorine atom. Thus, a positively charged sodium ion (Na+) and a negatively charged chloride ion (CI–) are formed. These come together to form the ionic compound NaCl.

Some more examples of ions and their ionic compounds are;

Ionic compounds, unlike covalent compounds, do not share electrons due to which they can dissociate into their component ions. Since Ions form the ionic bonds, they still retain the charge, i.e. the positive and the negative charge on the ions is permanent. Due to this charge separation, water can easily strike at the bonds and separate the positive and the negative ions. This is what we call dissolution of a substance. When an ionic compound is dissolved in water, it splits into its component ions. When common salt (NaCl) is dissolved in water, it splits into Na+ and Cl– ions. When an electric potential is applied to this solution with ions, the ions migrate towards oppositely charged electrodes to complete the electric circuit whereas the neutral molecules do not respond to the potential. Thus, solutions that contain ions conduct electricity, while solutions that contain only neutral molecules do not. Electrical current will flow through the circuit shown and the bulb will glow only if ions are present. The lower the concentration of ions in the solution, the weaker the current and the dimmer the glow of the bulb. The movement of ions is essential for the conduction of electricity through liquids. Pure water, for example, contains only very low concentrations of ions, so it is a poor electrical conductor. Saltwater like seawater, on the other hand, contains a lot of dissolved ionic compounds that split into ions in the solution. These ions then help in the conduction of electricity. Therefore, saltwater is a good conductor of electricity due to the presence of ions in the solution.

If you found this article interesting, please visit BYJU’S for more information. Join us and fall in love with learning.

Certain bodies do not possess free moving electrons like metals. Materials with fixed electrons such as plastics and rubber do not respond to the electric field at all. The electrons in such materials are not free to move around and generate an electric current. Such bodies are called electrical insulators.

An electric current is a flow of charged particles like electrons or ions, moving through an
electrical conductor.

Why is direct current?

What is static electricity?

Static electricity refers to the electric charges that build up on the surface of materials or substances. These charges remain static until they are grounded, or discharged.
Test Your Knowledge On Conduction Of Electricity!
Q5