Difference Between Force and Momentum

Even though both these physical quantities look alike but there is a difference between force and momentum. Force is generally the external action upon a body whether it is a pulling or pushing action. Momentum on the other hand is the representation of the amount of motion within a moving body. 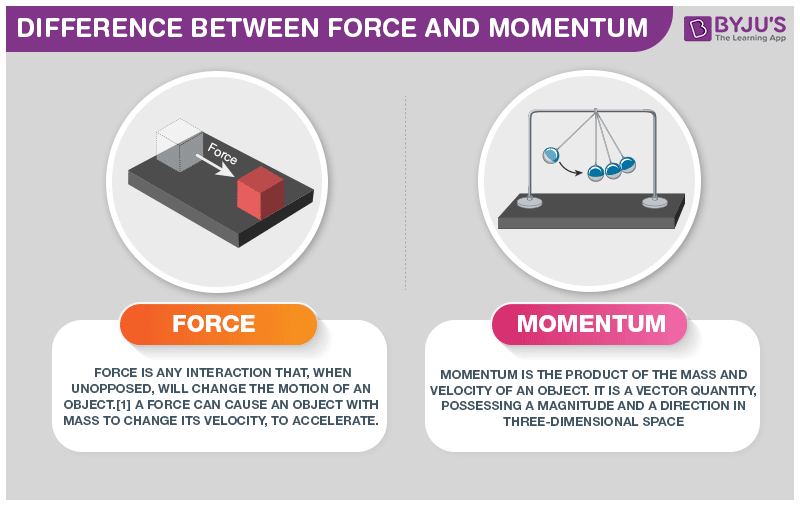 Difference Between Force and Momentum

The longer a force is applied, the larger the momentum is. Both of these quantities are vector quantities meaning they both have magnitude and direction.

These were some difference between force and momentum. If you wish to find out more, download BYJU’S The Learning App.

Test your knowledge on Force and momentum differences
Q5