Difference Between Enthalpy and Entropy

We know that the major difference between enthalpy and entropy is that even though they are part of a thermodynamic system, enthalpy is represented as the total heat content whereas entropy is the degree of disorder. 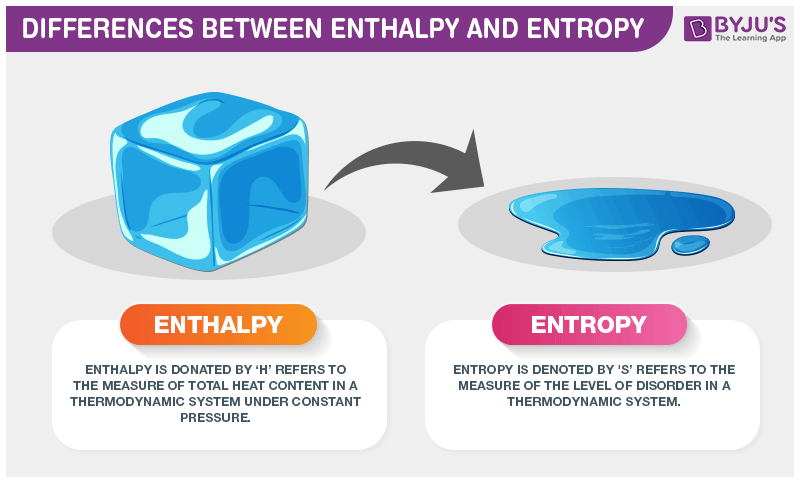 In a closed system,

\(\begin{array}{l}T.\Delta S=\Delta H\end{array} \)
, which means that in absolute temperature with some change in entropy results in a change of enthalpy.

Difference Between Enthalpy and Entropy

Enthalpy is the measure of total heat present in the thermodynamic system where the pressure is constant.

It is represented as

Entropy is the measure of disorder in a thermodynamic system. It is represented as

These were some difference between Enthalpy and Entropy. If you wish to find out more, download BYJU’S The Learning App.

Test your knowledge on Enthalpy and entropy differences
Q5