It is a thermodynamic process in which temperature remains constant. We know, 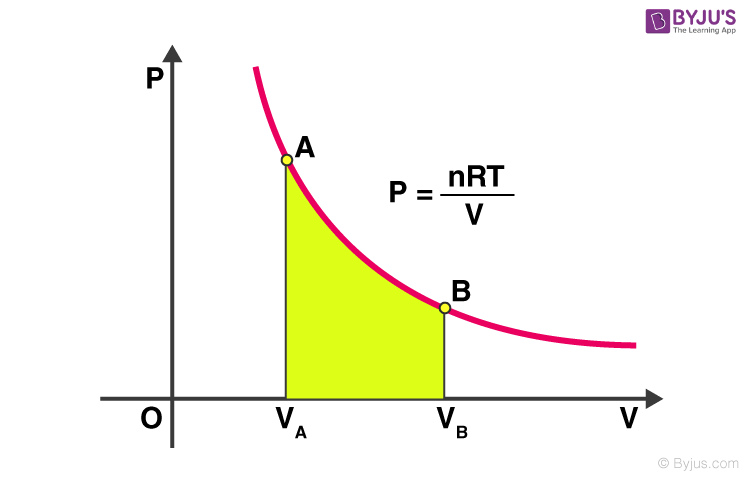 Using this value of P in work done we get,

If \( V_B > V_A\)  work done is positive otherwise negative.
Also, we know internal energy only depends on temperature. As the temperature is constant hence ∆U = 0. So from first law of thermodynamics,

It is a thermodynamic process in which no heat is exchanged between the system and the surrounding. So, Q = 0. Mathematically this process is represented as

Substituting P we get,

So if work done is negative internal energy increases and vice versa.

The pressure remains constant during this process. So ,

So if volume increases work done is positive else negative.

It is a process in which the final state of the system is equal to the initial state. As we know Change in internal energy is state function so, in this case, ∆U = 0.

1. Following is a PV curve showing two isothermal processes for two different temperatures. Identify the process that has a higher temperature. 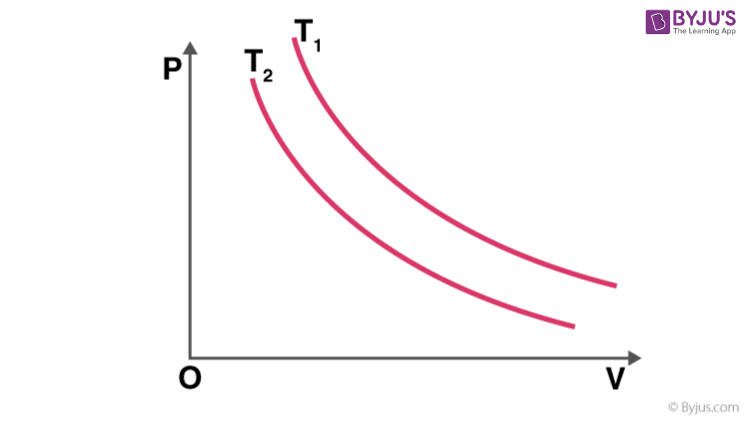 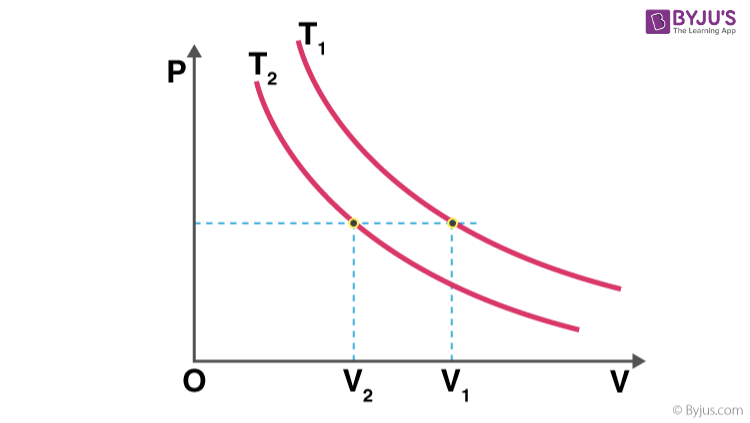 We know that, at constant pressure, as the volume of the gas increases the temperature also increases. From the above graph we can say that V1 > V2 therefore, T1 > T2. Also, an easier way to determine the temperature is that the curve which is close to the origin will have a lower temperature.

2. Following is a V-T graph for isobaric processes at two different pressures. Determine the curve that occurs at higher pressure. 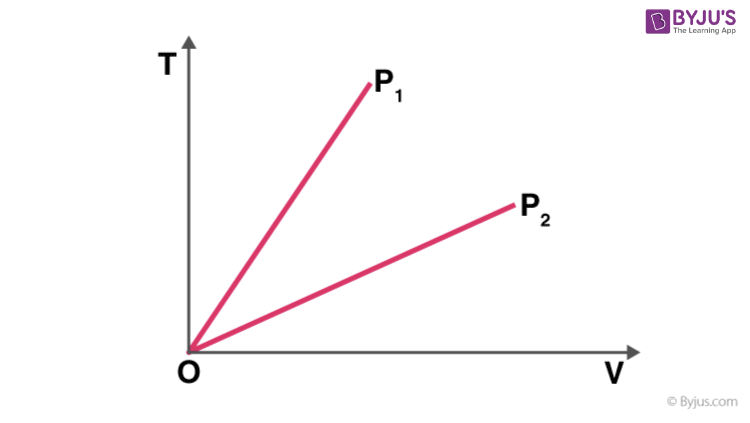 Sol: From ideal gas equation, we get

A volume-temperature graph is a straight line passing through the origin.

The slope of the graph is inversely proportional to the pressure. Therefore, if the slope is greater, the pressure will be lesser. 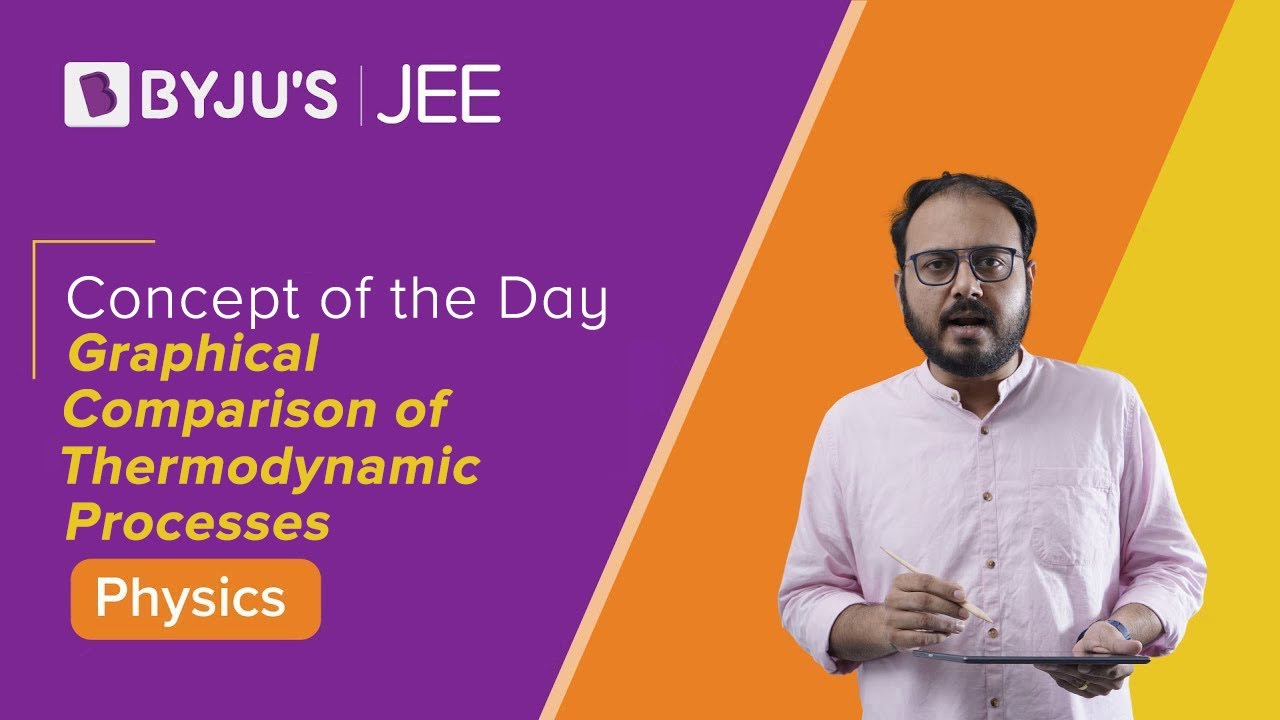 When do all gases and vapours approach ideal gas behaviour?

For all gases and vapours to approach ideal gas behaviour, they need to have low pressure and low density.

What is the triple point of water in degree Celsius?

State if the given statement is true or false: The enthalpy of an ideal gas depends only on the temperature.

The given statement is true because the internal energy of an ideal gas depends only on the temperature.

State if the given statement is true or false: Enthalpy is an intensive property of a system.

The given statement is true. An intensive property is defined as the property of matter which is independent of the amount of matter.

What happens to the state of the substance at a pressure below the triple point?

Test Your Knowledge On Various Processes In A Thermodynamic System!
Q5