Equilibrium is a state of body where neither the internal energy nor the motion of the body changes with respect to time. Let us try to understand the equilibrium of a rigid body.

If we have to define equilibrium the simplest definition would be it is a point where the net external force, as well as torque acting on the body about COM or any other point, is zero. But to be more specific for a rigid body equilibrium means both rotational and translational equilibrium. For example, consider the following situation:

Displacement of a ball
Stay tuned with BYJU’S for more such interesting articles. Also, register to “BYJU’S – The Learning App” for loads of interactive, engaging Physics-related videos and an unlimited academic assist. 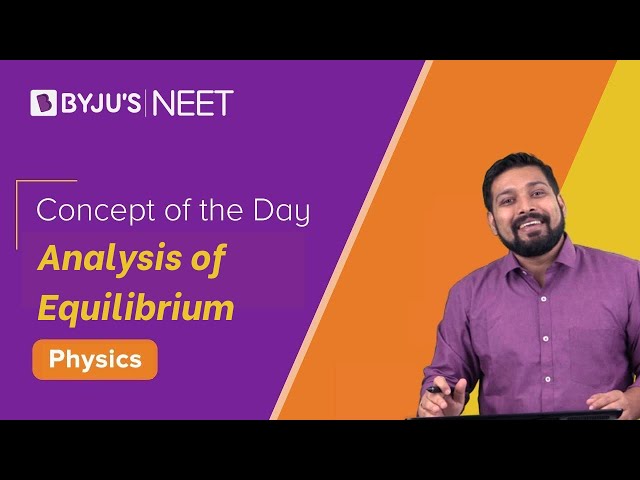 Equilibrium is a state of the body where neither the internal energy nor the motion of the body changes with respect to time.

What is static equilibrium?

What is dynamic equilibrium?

How many types of forces are there?

Test your knowledge on Equilibrium
Q5