Save the Environment from Pollution: Reduce

Environmental Pollution is one of the major problems that we have been facing globally. To reduce our necessities is the biggest concern as it accumulates pollution. Pollution has many forms, the water that we drink to the sound that we hear can be considered as some aspects that contribute to environmental pollution which would, in turn, lead to health hazards, adverse effect on ecosystem and wildlife. Pollution can be stated as the introduction of harmful substances or any foreign particles that would have a bad effect on the environment.

Protection of our environment is one of our major responsibilities and a natural way of caring for self and for our future generations. There are several factors that would help reduce the impact of our consumption habits. Beneath are some of the practical ways that can be implemented in our daily life to reduce pollution.

Avoid using a car for short-distance travel, instead, you can make use of a bicycle which will be beneficial in terms of health as well as in the reduction of air pollution.

As transporting the food across various parts of the country would lead to consumption of considerable fuel, we can minimize the consumption of excessive fuel by choosing food products that have been grown locally and naturally using viable methods. Hence reducing air pollution.

Ensure that you switch off the lights and other electrical appliances when you are not in the room. Unplugging them when not in use would also help to save energy. Use energy-efficient light bulbs.

Make use of eco-friendly chemicals because these are what we use for washing utensils, cars and homes get washed down into the sewage system that would, in turn, get collected as groundwater.

Medicines with high dosage when end up in the sanitation system, are very difficult to isolate from the water system and would cause an adverse effect on people who would consume this water.

Avoid excess unwanted usage of water. Some of the simple ways to prevent wastage of water include, to make use of water-saving apparatus, fixing leakage of taps and avoid washing utensils with running water.

How to Create Awareness?

There are several ways that you could educate people on environmental pollution. Do some research online and get to know about the causes of pollution in your area. Share with many people as much as possible so that they are aware of the severity of pollution and the ways to prevent it. One can also create awareness by creating an environmental group.

What is meant by pollution?

Write a few examples of pollution.

What is meant by radioactive pollution?

Radioactive pollution is the contamination of the environment with undesirable amounts of radioactive substances.

What is the cause of ozone depletion?

Excessive emission of chlorofluorocarbons (CFC’s) are the core reason for ozone layer depletion.

Human Effect On The Environment 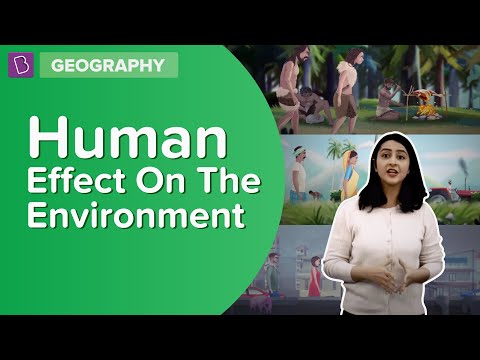 Test your knowledge on Reduce
Q5