Coal is a black hard rock, flammable in nature. It belongs to the category of solid fossil fuels because of its ignition property. It consists of 65-95% carbon. The other constituents include hydrogen, sulphur, oxygen and nitrogen. Coal is formed from the remains of plants which lived millions of years ago in tropical regions of the Earth. Due to natural processes such as flooding, these trees got buried under the soil. With time, more and more soil got deposited over them. The temperature rose with depth. Under the high conditions of temperature and pressure over a long period of time, these remains of dead vegetation got converted to coal. The process of conversion of dead vegetation to coal is termed as canonization. 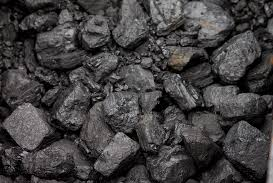 Coal can be divided into four types, based on their carbon content and ignition rate. In this section, we shall learn about the stages through which coal is formed.

Petroleum is a naturally occurring, yellow to brown liquid found in geological formations beneath the Earth’s surface. It consists of 93-97% Carbon. The other constituents include hydrogen, oxygen, nitrogen, and sulphur. Petroleum is formed from the remains of zooplankton and algae. Vast quantities of these remains settled at the lake or sea bottoms upon mixing with sediments got buried in the absence of oxygen. With further layer settling to the sea or lake bed, they got subjected to high temperature and pressure. Over time, the organic matter changes to a waxy material known as kerogen. Kerogen when applied with more heat converts into liquid and gaseous hydrocarbons. Formation of petroleum occurs from the hydrocarbon with various reactions at high temperature and pressure.

Uses and Advantages of Fossil Fuels

Fossils represent the remains or traces of once-living organisms. Broadly, the four types of fossils are: Body, Molecular, Trace & Carbon Fossil. Fossil fuels are used to fuel cars and aeroplanes, power electricity plants, to make medicines, cosmetics, plastics, synthetic fibres and lubricants and also in the manufacture of products for everyday use such as toothpaste, tires etc.

Some major disadvantages of fossil fuels are:

When fossil fuels are burnt, carbon dioxide is released, which is one of the primary gases responsible for global warming. The rise in the temperature of Earth, melting of polar ice caps and flooding in low-lying areas are the major consequences. 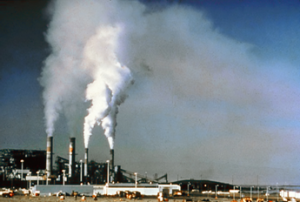 Environmental hazards due to Fossil fuels

Sulphur dioxide is released when fossil fuels are burnt. It is one of the main causes of acid rain, which results in the destruction of crops and monuments made up of marbles and bricks. 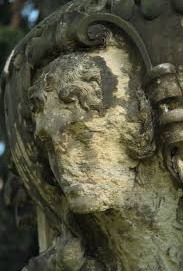 Destruction of monuments due to acid rain

Oil spills resulting from the drowning of oil tankers and ships cause water pollution in seas and oceans. This, in turn, results in the destruction of aquatic life and imbalance in the ecosystem. 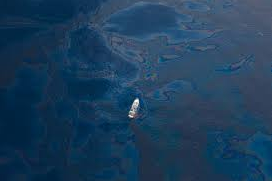 The reserve for fossil fuels is limited, and they are being extracted at an exorbitant rate and are expected to be finished in the next 30-40 years.

So, the fossil fuels- coal and petroleum are important. They have been playing a pivotal role in making the world look the way it looks today ever since their discovery.

To learn more about coal and petroleum download BYJU’S – The Learning App.