Kinetic Interpretation of Temperature and RMS Speed of Gas Molecules

The molecules in solids are bonded together such that the molecules cannot move around freely, but they do vibrate, and these vibrations are random, particles exert a force on each other, and thus they attain kinetic energy due to motion and potential energy due to the interaction. Let us know more about the kinetic interpretation of temperature and RMS speed of gas molecules.

It’s the same case with liquids and gases instead of vibrating they move randomly, now the speed at which they move increases with temperature, cooling down will make them move slowly, therefore,

The temperature of a body is the measure of the average kinetic energy of a body.

We should note that the temperature of a body always depends upon its average kinetic energy and since the average kinetic energy can have a minimum possible value of zero, therefore an object cannot be cooled below a certain minimum value, this value is known as absolute zero. This is the lowest possible temperature in our universe and no object could be cooled to this temperature, it is equivalent to -273 degree Celsius or 0 Kelvin. These two scales of temperature can be converted with the following expression,

As absolute zero is equal to 0 in the Kelvin scale, it is also known as the absolute scale.

In a gas the particles are always in a state of random motion, all the particles move at different speed constantly colliding and changing their speed and direction,

After understanding the Kinetic Interpretation of Temperature, let us learn the RMS speed of gas molecules. RMS or Root Mean Square method, squaring the velocity, and then taking a square root we can overcome the “direction” component of velocity and still get the average velocity. Since we have removed the direction component, it is no longer average velocity, rather we can call it average speed, and the equation for RMS speed is given as follows,

Where vrmsis the root-mean-square velocity, M is the molar mass of the gas (Kg/mole), R is the molar gas constant, and T is the temperature in Kelvin.

We can see that vrms reduce as the temperature approaches absolute zero.

The rms speed takes both molecular weight and temperature into account, which are the factors that directly affect the kinetic energy of a gas.

To know about expansion of gases in detail, see the video below. 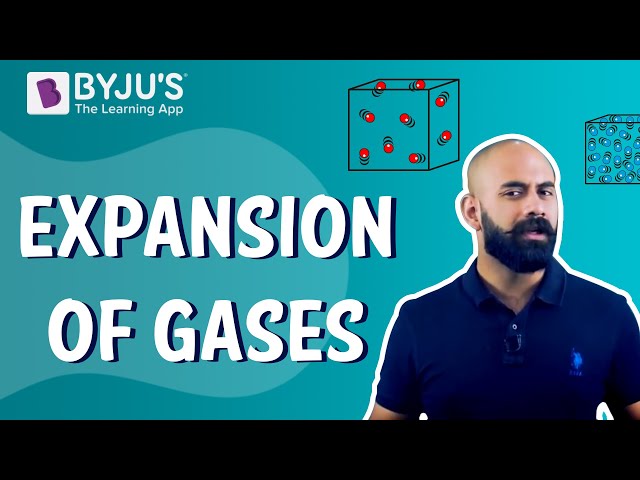 If you have any doubts regarding Kinetic Interpretation of Temperature and RMS Speed of Gas Molecules, or if you want to talk to our mentors, visit BYJU’S – The Learning App.

What is the SI unit of temperature?

The SI unit of temperature is Kelvin.

State true or false: the average kinetic energy of gas molecules of an ideal gas is directly proportional to the absolute temperature of the molecules.

Give the equation for RMS speed of gas molecules

What is the unit of molar mass?

The unit of molar mass is kg mol−1.