In a gaseous system, the molecules never move in a straight path without interruptions. This is because they collide with each other and change speed and direction. Between every two collisions, a molecule travels a path length. The mean free path is the average of all path lengths between collisions. In this article, we will derive an expression for the mean free path.

What is Mean Free Path?

Mathematically the mean free path can be represented as follows:

It is difficult to measure or describe this random motion of gas molecules thus, we attempt to measure its mean free path λ.

As its name says, λ is the average distance travelled by any molecule between collisions, we expect λ to vary inversely with N/V, which is the number of molecules per unit volume or the density of molecules because if there are more molecules, more are the chances of them colliding with each other hence reducing the mean free path, and also λ would be inversely proportional to the diameter d of the molecules, because if the molecules were point masses, then they would never collide with each other, thus larger the molecule smaller the mean free path. It should be proportional to π times the diameter square and not the diameter itself because we consider the circular cross-section and not the diameter itself.
Click on the links provided below to read more about the speed of the gas molecules

We will derive the equation using the following assumptions, let’s assume that the molecule is spherical, and the collision occurs when one molecule hits the other. Only the molecule we are going to study will be in motion, and the rest molecules will be stationary.

Let’s consider our single-molecule to have a diameter of d and all the other molecules to be points this does not change our criteria for collision. As our single-molecule moves through the gas, it sweeps out a short cylinder of cross-section area π d2 between successive collisions. For a small-time t, it will move a distance of vt where v is the velocity of the molecule, now if we sweep this cylinder, we will get a volume of π d2*vt, so the number of point molecules inside this volume will give us the number of collisions the molecule might have.

We have approximated the equation because we have assumed that all the particles are stationary with respect to the particle we are studying. In fact, all the molecules are moving relative to each other, we have cancelled two velocities in the above equation, but actually, the v in the numerator is the average velocity and v In the denominator is relative velocity hence they both differ from each other with a factor √ 2. Therefore, the final equation would be,

The mean free path at sea level is 0.1 micrometres. 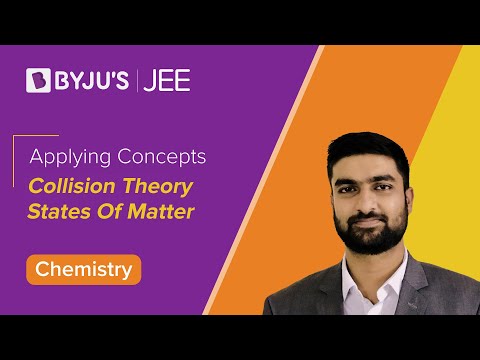 What are the mean free path factors?

What are the assumptions of the kinetic theory of gases?

The molecules do not interact with each other.

What is the SI unit of temperature?

The SI unit of temperature is Kelvin.

What is the unit of molar mass?

The unit of molar mass is kg mol−1.