The means of communication is enormously essential for the well-being of any animal. Even micro-organisms communicate with each other by means of chemicals. Fortunately, our means of communication are far better than that. We rely on it every day to interact with others. As is the case with walking, seeing, etc, we tend to take it for granted. The human voice is immensely versatile and rich both in range and content. We use it to laugh, cry, scream, shout, sing and the list goes on. The human voice produced by the vocal cord is capable of producing highly intricate sounds. You can tell if your mother is angry at you by her voice. Some people do one better and can tell if people are lying just by their voice.

The Main Parts of Voice Production

Following are the main parts of voice production:

The lungs here perform the essential function of supplying adequate airflow and air pressure in order to vibrate the vocal cord. When we inhale, we draw air into the lungs. This air is then exhaled creating a stream of air through your wide pipe and throat. This exciting air provides the energy to vibrate the vocal cords in the voice box to produce sound. If you want to make loud sounds, you have to exhale hard to create a strong airflow.

The part of the throat that moves when you swallow is known as a voice box. The Voice Box (Larynx) sits on the top of the wide pipe. The voice box is a part of the wide pipe and the air exhaled from your lungs passes through the voice box. The vocal cord consists of two tight strings that open during breathing and close when you exhale to make a sound. They vibrate very fast, almost from 100 to 1000 times per second. You may vary the pitch, ‎which explains the concept of frequency, pitch, etc) by controlling the tension in the muscles in the voice box. The vocal cord is also known as a vocal fold. The vocal cord modulates the flow of air from the lungs and into it.

Vocal cord by themselves produces only a buzzing like sound, much like a bee. Sound is not created by vocal cords. Instead, it is created by the interactions of the vibrations created by your vocal cord with the muscles and tissues in your mouth, nose, throat and tongue. When you talk, your tongue darts all around your mouth helping you pronounce complex syllables. The vibrations are deliberately altered in our throat and mouth to produce the unique human voice. 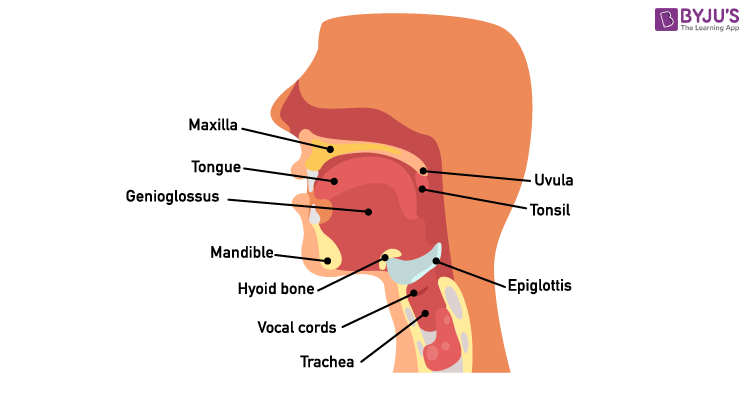 You must have also noticed a difference between the voice of a man and a woman. This is thanks to the differently sized vocal cord. This change in vocal cord size occurs largely during puberty when the male’s voice becomes deeper, and the female voice becomes sharper and melodic.