The shape of an object is the geometrical description of the part of the space occupied by the object, as determined by its external boundaries. A change in shape due to the application of force is known as deformation. Even small forces are known to cause some deformation. Objects under the actions of external forces undergo deformation. This may be squashing, twisting, ripping, or pulling apart the object. In Physics, two terms describe the force on objects undergoing deformation: stress and strain.

The quantity that describes the magnitude of forces that cause deformation is known as stress. It is defined as force per unit. Stress is of various types as follows:

The quantity that describes the deformation undergone is known as strain. The strain is given as a fractional change in either the length, geometry or volume. It is a dimensionless number. The greater the stress, the greater the strain. The proportionality constant in this relation is known as the elastic modulus. The relation between stress and strain is given as follows:

Deformation can be of two types as follows: 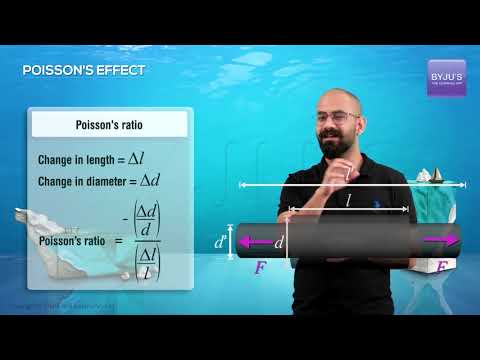