Let us consider a system in which a stretched string is bounded at both ends and we send a continuous sinusoidal wave of a certain frequency towards the positive x-direction. When the wave reaches the right fixed end, it reflects back and travels to the left end. In this process, the left going wave overlaps the wave travelling to the right. The same cycle proceeds, as the left going wave, reflects the left end and starts to travel right, it overlaps the left-going wave. This results in the generation of many overlapping waves which interfere with each other. Both longitudinal waves (e.g sound) and transverse waves (e.g. water) can form standing waves.

and that moving in the negative direction of the x-axis is given as,

As per the principle of superposition, the combined wave is represented as, 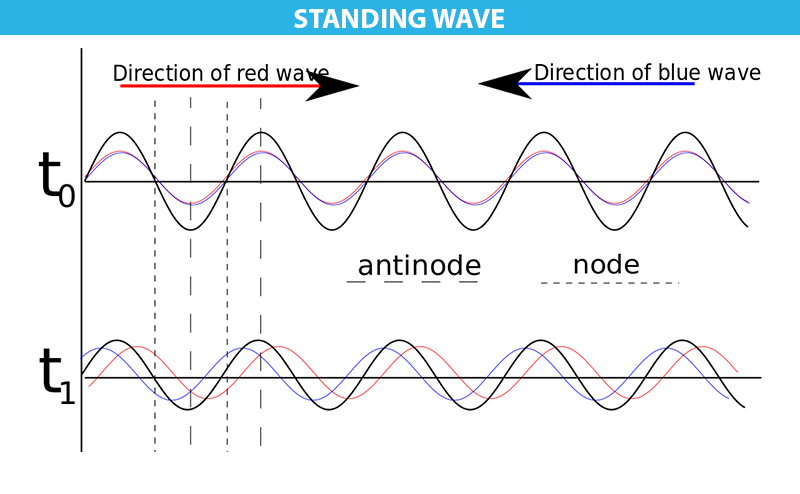 A mass on a spring has one natural frequency at which it freely oscillates up and down. A stretched string with fixed ends can oscillate up and down with a whole spectrum of frequencies and patterns of vibration. These special “Modes of Vibration” of a string are called standing waves or normal modes.

Stay tuned with Byju’s to explore interesting topics on longitudinal waves, types of waves and many more. Join us and fall in love with learning.