The Temperature Dependence Of Resistance

(See our article on drift velocity)

The relaxation time is dependent on the mean free path (λ) and the root-mean-square speed (vrms) of the electron as:

Since the root-mean-square speed increases with temperature and means free path, the resistivity and hence the resistance of the metal also rises.

This is mostly linear and is given as: 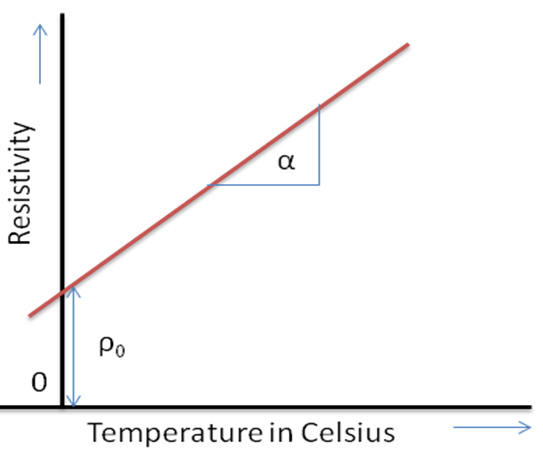 Graph of Resistivity Vs Temperature of metals

The number of charge carriers in semiconductors is lesser than that of insulators. Semiconductors like Silicon and Germanium contains lesser charges than those of metals but has more charges than in insulators. These carriers are generated by the thermal breaking of bonds. Thus, as the temperature rises, more number of covalent bonds break, releasing more electrons which lowers the resistivity rapidly. This temperature dependence is usually exponential which makes semiconductors very useful in electronic circuits detecting small changes in temperature. 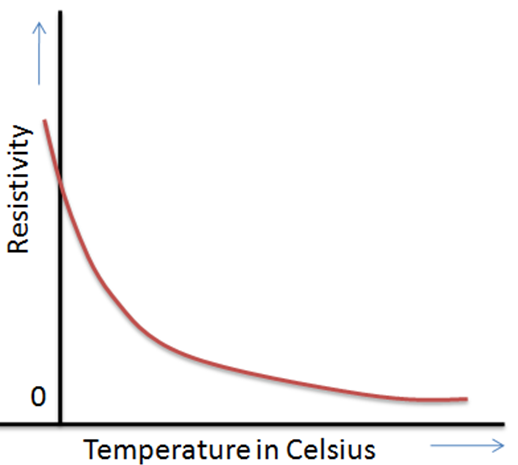 Graph of Resistivity Vs Temperature of Semiconductors

Learn to apply your conceptual knowledge to real-world applications with us at BYJU’S!

Resistance is the ability of the material to restrict the flow of electric current.

State true or false: The number of charge carriers in semiconductors is lesser than that of insulators.

What is the unit of electrical resistance?

The unit of electrical resistance is ohms.

What is the resistivity of the air?

The resistivity of air is 2.30 × 1016
Test your knowledge on Temperature Dependence Resistance
Q5