The Idea Of Time 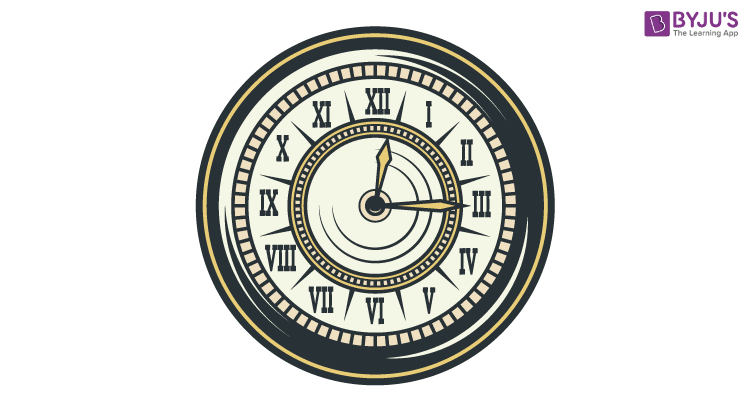 Time can be defined as the dimension based on which the evolution of any system takes place. It can be measured in terms of seconds, minutes, hours, days, weeks, months, and years. The other ways of expressing time are:

The SI unit of time is seconds.

Following is the table in which time is expressed in terms of seconds:

The idea of time is the thing that our lives wrapped around. We live by keeping time, following time, and telling time. The idea of time influence every aspect of life, indirectly or directly. We perceive this time regarding both present and past tense. In physics, time plays a significant role in measuring motion and forces.

The greatest discovery in the study of time resulted because of Einstein’s theory of relativity that introduced the concept of slowing of time with motion and gravity. Time is the measure of events that ordered from the past through the present into the future, furthermore the measure of durations of events and the intervals between them. Time is often referred to as the fourth dimension, along with the three spatial dimensions, which are length, breadth, and height.

One important point to understand is that time is relative and not absolute. Speed does affect time, speeds close to those of light. All clocks measure time. Be it a pendulum or a wristwatch. This time becomes clear through motion or change, sunset, sunrise, winter, summer and so on. Time makes the world in constant motion easier to describe. Measurement of time is an extremely important subject since our world consumed by its significance. This time is measured by comparing one standard motion like the sun’s movement across the sky against another motion like that of a car. Clocks are an intermediate for convenience.

Time management is much talked about and applied a concept, prevalent today. It is the act of planning the amount of time we spend on each activity. Setting goals, prioritizing goals, time allocation to each task, adjusting, reallocation and revisiting to view the result are all steps in time management. According to scientists, this time, used for time management considered as something we can travel in, like up, down, left or right. But when you walk forward, you can still walk back that is not true for time. So, the idea of time is a highly tricky concept that needs to be studied in-depth.

Stay tuned with BYJU’S to learn more about time measurement, relativity and many more.

Test your Knowledge on The Idea Of Time
Q5