Thin Lens Formula with Magnification for Concave and Convex Lenses

\(v\) is the distance of the image from the optical center

\(u\) is the distance of the object from the optical center 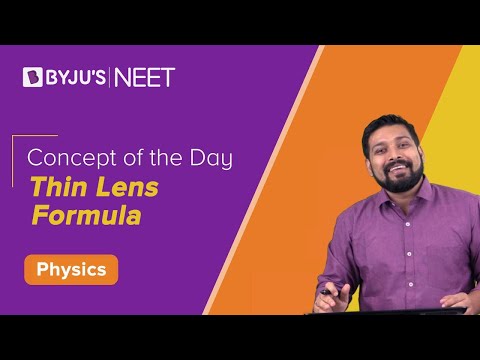 The magnification (\(M\)) of the image formed can be calculated using the following formula.

The two formulas given above are together referred to as the thin lens formula. You can try the following sample problem using this.

A 4 cm tall candle is placed in front of a double convex lens. The lens has a focal length of 15.2 cm. The object has been placed 45.7 cm from the vertex. Where will the image be formed and what will its size be?

Test Your Knowledge On Thin Lens Formula For Concave And Convex Lenses!
Q5