The lens is a transparent material which is bound by two surfaces. It has a principal axis, principal focus, centre of curvature of lens, aperture and optical centre.There are two types of lenses, they are a convex lens and a concave lens. The images obtained from these lenses can be either a real image or a virtual image. Below is an experiment to find the image distance for varying object distances of a convex lens with ray diagrams.

To find the image distance for varying object distances in case of a convex lens and drawing corresponding ray diagrams to show the nature of the image formed.

What is a convex lens?

A convex lens is defined as a lens which is thick at the centre and thin at the edges. A convex lens is also known as a converging lens as it converges the light beam incident on it. There are three types of convex lens:

What is lens formula?

Lens formula is defined as the relationship between object distance (u), image-distance (v) and the focal length (f). Following is the mathematical representation of lens formula:

Following are the materials required for the experiment: 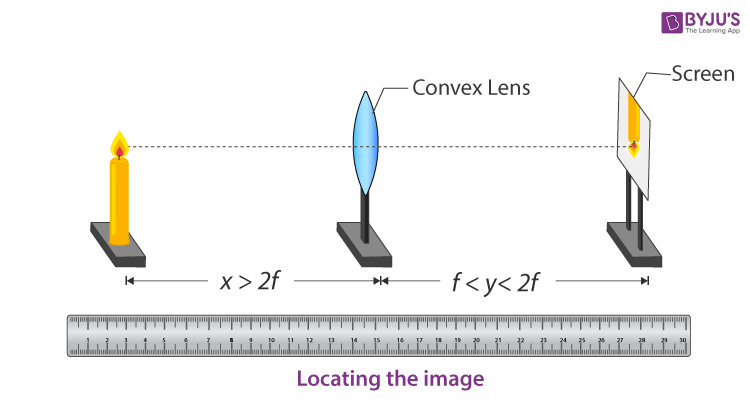 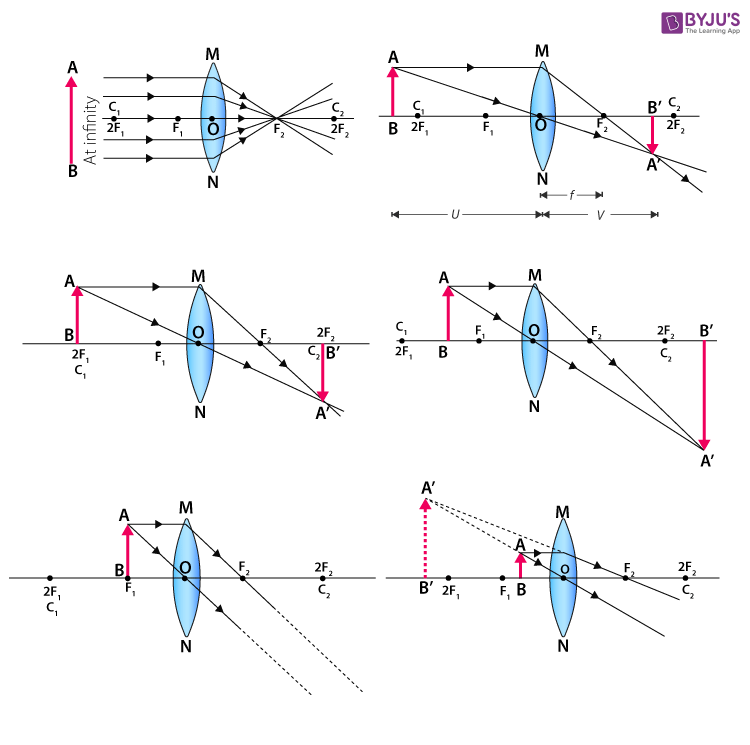 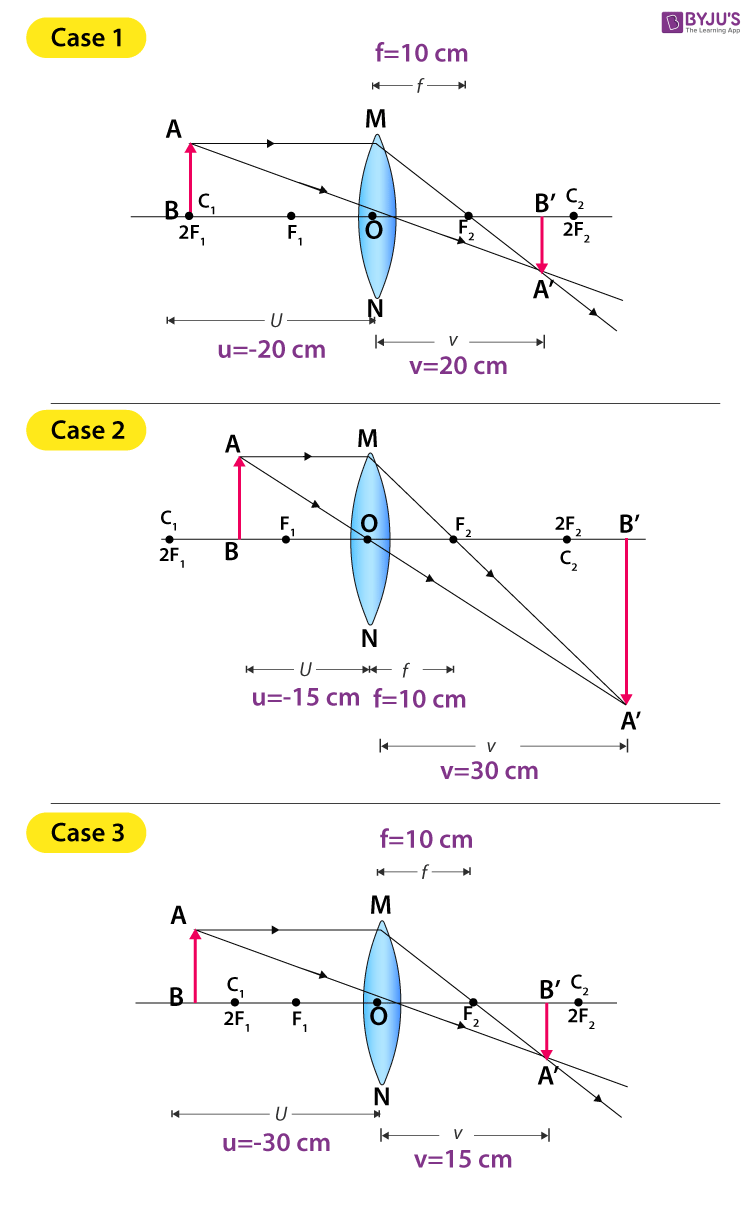 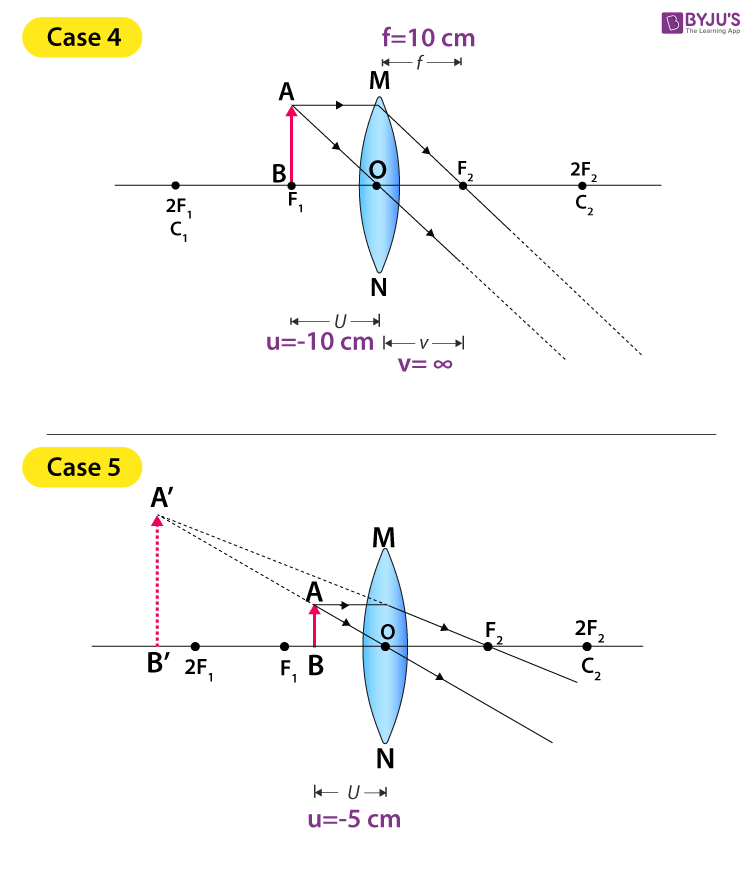 Following is the calculations of f for different cases explaining the focal length of the given lens is 10cm:

The focal length of the given lens is 10cm.

Q1. What is a lens?
Ans: Lens is defined as a transparent material with curved sides on both the sides or one curved and one plane surface.

Q2. Define power of a lens.
Ans: Power of a lens is defined as the reciprocal of the focal length. The mathematical formula is given as:

Q3. What is one dioptre?
Ans: One dioptre is defined as a unit of measurement of the optical power of a curved mirror or a lens. It is given as follows:

Q4. What is meant by principal of axis?
Ans: Principle of axis is defined as the line passing through the centre of the lens or a spherical mirror.

Stay tuned with BYJU’S to learn more about other Physics-related experiments.

Test Your Knowledge On To Find Image Distance For Varying Object Distances Of A Convex Lens With Ray Diagrams!
Q5