Measurement Of Time - From Sundial, Hourglass To Atomic Clock

Time is an extremely perplexing concept. The Measurement of Time is incredibly accurate, but we don’t have a definition for it. We can feel time but we cannot explain it. Time is a measure in which events can be organized and ordered from the past to the present and the future. On a subway in Paris, graffiti was painted and it said, ‘Time is God’s way of keeping everything from happening at once’. 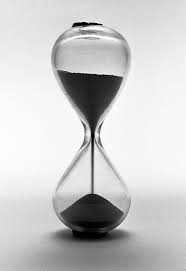 Time in our daily life has a more numerical meaning. We refer more to the difference or the comparison of time than to the concept of time itself.  When we measure the speed of a car, we are just comparing its motion to the motion of the hands of the clock. We seem to be measuring speed with something abstract called time; we are actually just comparing a known motion (of the sun) with an unknown motion of the car. Time is a way to compare or describe different kinds of motions like the speed of light, how fast heartbeats, or how frequently the earth spins around its axis.

How is the measurement of time carried out?

Let’s try to understand how time works and that’s a huge question that has lots of different aspects to it. Most of these aspects were brought up by Einstein regarding space-time and how we measure time with clocks. Space-time refers to a world of four dimensions where time is the fourth dimension, along with the three dimensions of space. We remember the past, but we don’t recall the future. Time seems to flow only in one direction, forward. There are things that happen like you turn an egg into an omelet, but you can’t turn an omelet into an egg. The singular direction of time is based on ideas that go back to Ludwig Boltzmann, an Austrian physicist in the 1870s. He had this fascinating idea we call Entropy. Entropy is just a measure of how disorderly things are. He figured out that entropy in a system always tends to grow. You can burn a matchstick but you can’t unburn it. That’s the second law of thermodynamics: Entropy goes up with time, things become more disorderly. So, if you neatly stack papers on your desk, and you walk away, you’re not surprised they turn into a mess. You’d be very surprised if a mess turned into neatly stacked papers. That’s entropy. Messier the system, the higher the entropy.

One of the earliest devices for Measurement of Time were the sundials which used suns motion across the sky as a standard of measurement for time. This was followed by the use of a pendulum. As time passed our perception of time became more intricately connected to the movement of celestial bodies. It is because of our increasing dependence on the angular motion of celestial bodies that we changed from sundials to the rotating hands of the clock and seconds and hours.

What Is Simple Pendulum?

A simple pendulum consists of a metallic bob which is known as the pendulum and is hung at the end of the fixed-length string. When the bob is displaced to a certain angle and left free, the pendulum swings back and forth in a periodic motion. This periodic motion is known as oscillation which is defined as the to and fro movement of the bob from its equilibrium position.

Use of Atomic Clock for Measurement of Time 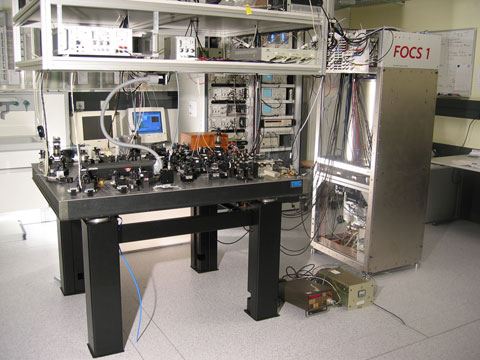 The technology used currently is called the Atomic Clock. It is a device that uses the energy emitted by the sample of atoms as a frequency standard for the timekeeping devices. When electrons gain energy, they jump from an orbital of lower energy to an orbital with higher energy. This electron can either stay in this new orbit or come back to its original state after emitting some radiation. Since the energy supplied is most often limited the electron soon emits microwave radiation and jumps back to its original orbit. This is one cycle between two energy levels. The current definition of a second, the SI Unit of time states that ‘a second is the duration of 9,192,631,770 cycles of radiation due to the transition between energy levels of Caesium-133 atom kept at a temperature of 0K Atomic clocks are the most accurate time and frequency standards known.

The applications of Measurement of Timekeeping are very important in broadcasting satellites and global navigation systems such as GPS. The Internet too relies heavily on the time and the frequency standards maintained by the atomic clocks, not to mention the news channels where most set our watches from.

Depending upon the circumstances, the units of time and the idea of time varies. Following is the table of the SI unit of time along with other units:

The other units are:

Test Your Knowledge On What Is Time Atomic Clock!
Q5