Observed as drawings in technological Greek texts, it is one of the first six simple machines identified by the Renaissance scientists. The simple concept of force transformation gives shape to this machine where two segments, i.e. a wheel, are attached to a smaller axle, and their rotations create the force. The rotation is possible due to the bearing or hinge that supports the axle. The force applied on one side is amplified by this machine. If a small force is applied at the periphery of a huge wheel, the axle can lift larger loads.

The first use it was put to was for lifting weights. The windlass was an application of this technology where a cylindrical barrel was attached to a pulley. Due to the cylindrical barrel, a mechanical gain is received, which can lift heavy loads.

A wheel and axle mechanism can also be viewed as a type of lever. The initial force application is on a tangent on the wheel’s perimeter, and the axle manages the load with the hinges acting as the fulcrum. If a ratio is computed of the distance of loads from the fulcrum, this ratio will give the mechanical advantage of a wheel and axle. This mechanism counters the friction encountered in a moving car.

Two cylinders or disks that are assembled and rotate on a similar axis and have different diameters result in a wheel and axle. The axle is the slender rod, and the force is applied to the wide object attached to the axle or the wheel. Mechanical advantage is achieved because if at the periphery of a vast wheel, a small force is applied, and the axle can lift larger loads.

If the mechanism does not store or dissipate energy or does not have elasticity and friction or, in short, is an ideal machine, then the force that will be put on the wheel should equal the output of the power. Force and velocity give us power as their product, and thus the force that one applies at the end of the axle should be more than the force one applies at the edge of the wheel. The facts say that the wheel rotates quicker than the axle, proving the above point.

From horses to the earliest invention of the wheel to the first flight of the space shuttle, watch the video and witness the advancement of transportation. 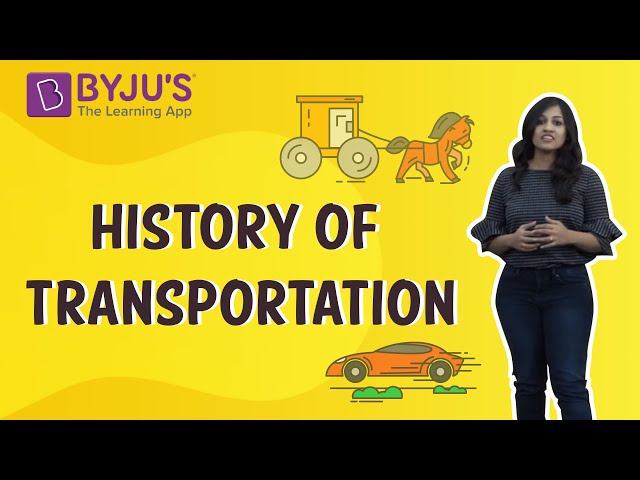 What is a simple machine?

A simple machine is a basic tool that varies the magnitude or direction of a force. It utilises the simplest mechanism to multiply force.

What are the important examples of simple machines?

Which is the oldest simple machine?

The wedge is the oldest simple machine.

What is the wheel and axle?

The wheel and axle is a type of simple machine made of a wheel fixed to an axle (smaller) so that these two components revolve in conjunction in which a force is transmitted from one part to the other.

What is the fundamental mechanism of the wheel and axle?

In the course of movement, the frictional force acts in the direction opposite to the force applied. This allows the body to move in the forward direction with minimum resistance. As the axle is fixed to the wheel, it behaves as a fulcrum. The friction that is generated between the axle and the wheel produces the displacement that enhances the motion of the body.

What was the earliest use of the wheel and axle?

Lifting or displacing weight was probably the earliest use of the wheel and axle in human history.

Test Your Knowledge On Wheel And Axle!
Q5