When there are two or more electrical devices in a circuit with an energy source, there are a couple of basic ways by which we connect them. They can either be connected in series or in parallel combinations. A series circuit is a circuit in which two components share a common node and the same current flows through them. However, in a parallel circuit, components share two common nodes. In this article, let us look at more differences between series connection and parallel connection circuits.

A circuit is said to be connected in series when the same current flows through all the components in the circuit. In such circuits, the current has only one path. Let us consider the household decorative string lights as an example of a series circuit. This is nothing but a series of multiple tiny bulbs connected in series. If one bulb fuses, all the bulbs in the series do not light up. 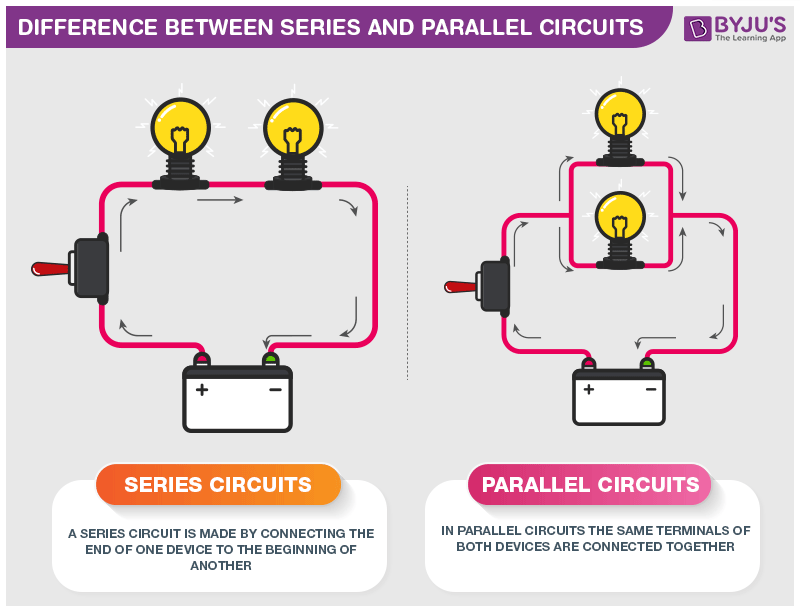 See the video below to learn about the Kirchoff’s law and combination of resistors in a detailed way. 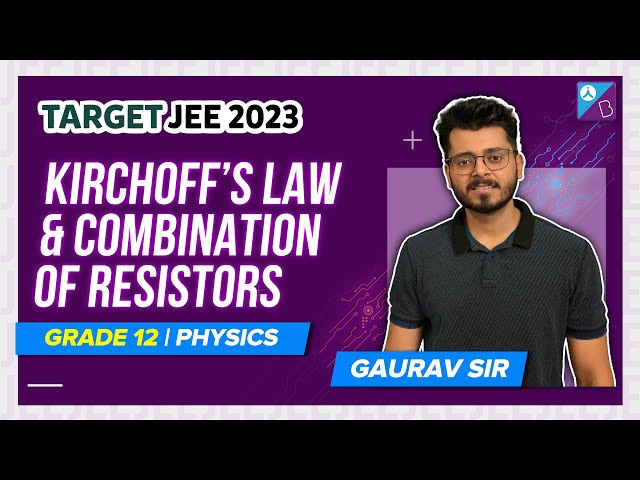 In which type of circuit connection, the same amount of current flows through all the components?

What are the two types of circuit connections?

The two types of circuit connections are:

What is a parallel circuit?

A circuit is said to be parallel when the electric current has multiple paths to flow through.

How is the total resistance of any series circuit calculated?

What is the total resistance of a circuit, which has 2kΩ, 3kΩ and 4kΩ resistance connected in series with each other?

Test your knowledge on Series and parallel circuit differences
Q5