Hydrogen has many isotopes and deuterium is one of them. It has a proton and a neutron. Protium is the most common isotope of hydrogen that has no neutrons and one proton. This isotope is heavier than protium since it contains a neutron and therefore it is also called heavy hydrogen. 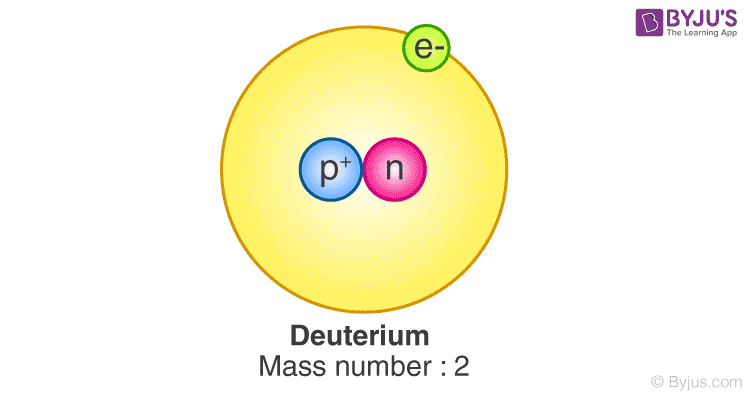