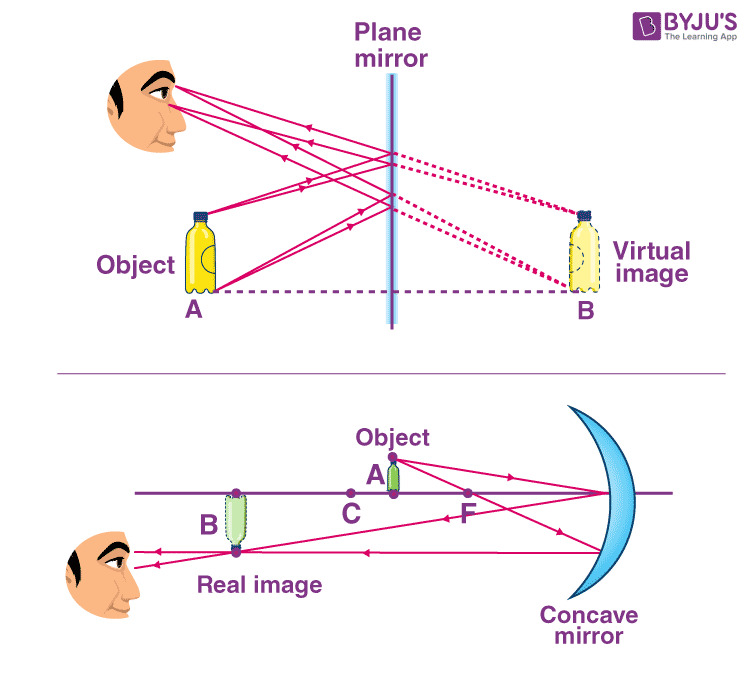 To obtain a real image the light source and the screen must be placed on the same plane. Real images are obtained using a converging lens or a concave mirror. The size of the real image depends upon the placement of the object.

Ray Diagram of a Real Image

Following is the ray diagram of the real image: 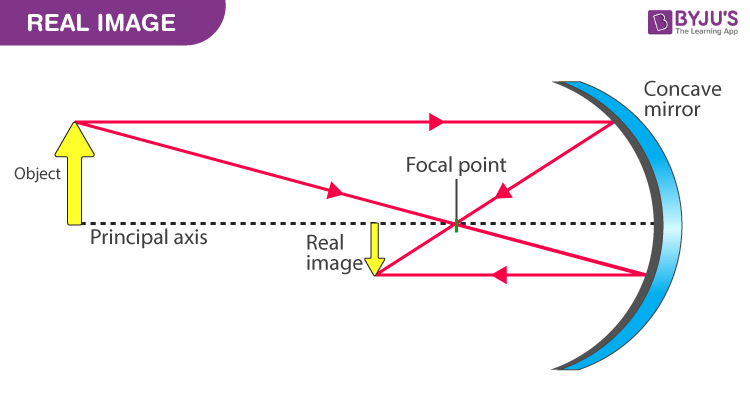 Ray Diagram of a Virtual Image

Following is the ray diagram of the virtual image: 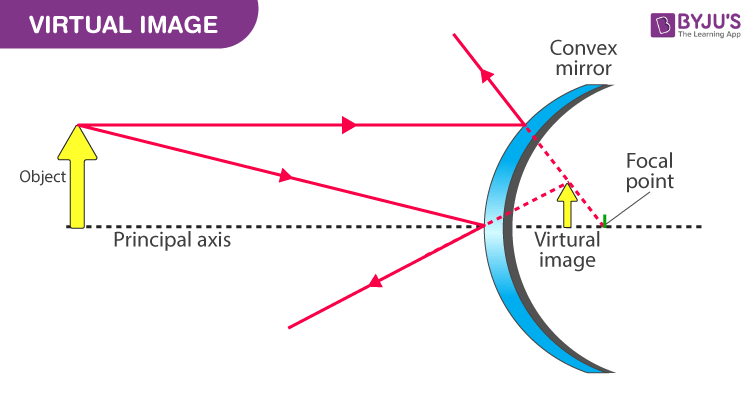 These were some differences between the real image and the virtual image. If you wish to find out more, download BYJU’S The Learning App.

Every time you look into a mirror, your brain is getting fooled into thinking there is another person on the other side. Watch the video to understand why this happens. 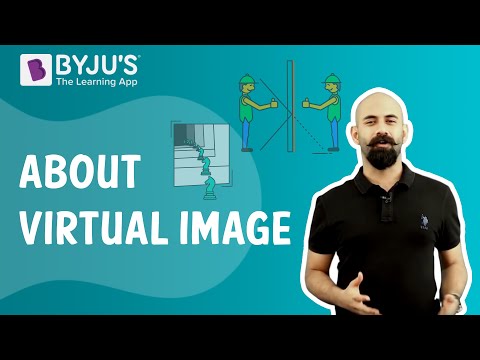 Why are real images always inverted?

No, real images can be either smaller or larger than the object. But real images are always inverted.

Why is it called a virtual image?

As this type of image is formed due to the imaginary intersection of light rays, it is called a virtual image.

Test your knowledge on Real and virtual image differences
Q5