The laws and equations that govern nature and natural phenomena are described by physics. One prime focus of physics is the study of motion. We have dealt in detail about translational motion (objects that move along a straight or curved line) in the previous chapters, and now we will expand our view towards other types of motions as well.

We see rotational motion in almost everything around us. Every machine, celestial bodies, most of the fun games in amusement parks and if you are a FIFA fan, and when you watch David Beckham’s familiar shot, the ball is actually executing rotational motion.

In rotational kinematics, we will investigate the relation between kinematical parameters of rotation. We shall now revisit angular equivalents of the linear quantities: position, displacement, velocity and acceleration which we have already dealt in a circular motion.

A case of constant angular acceleration is of great importance and a parallel set of equations holds for this case just as in constant linear acceleration.

Rotation About a Fixed Axis

Rotation of a ceiling fan, opening and closing of the door, rotation of our planet, rotation of hour and minute hands in analogue clocks are few examples of this type.

Rotation about an axis of rotation

Rolling is an example of this category. Arguably, the most important application of rotational physics is in the rolling of wheels and wheels like objects as our world now is filled with automobiles and other rolling vehicles. 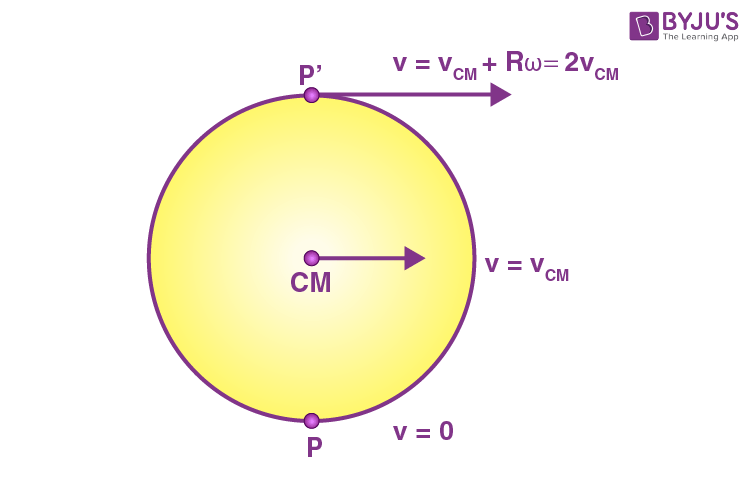 There is a wheel that rotates with an angular acceleration which is given by α = 4at3 — 3bt2, where t is the time and a and b are constants. If the wheel has an initial angular speed  ω0. Give the equations for (a) angular speed (b) angular displacement. 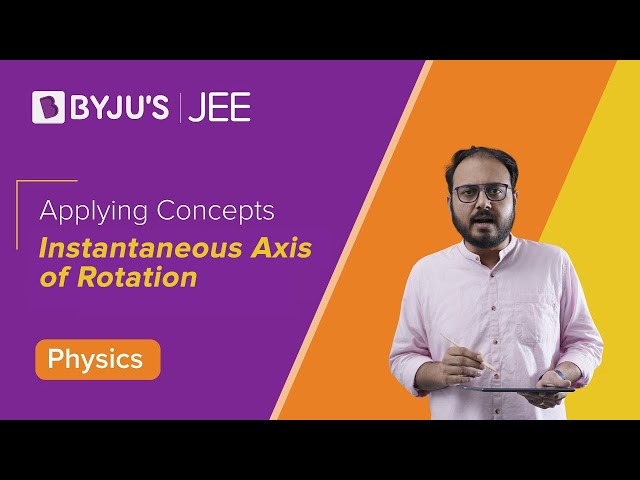 If m1, m2,…. mn are the masses of the constituent particles moving on circular paths with radii r1, r2,…. ro with velocities v1, v2,…. vo, then the kinetic energy of the body is given by;

Torque is a rotational analogue of force and expresses the tendency of a force applied to an object that causes the object to rotate about a given point.

If you want to open a door, you will apply a force on the doorknob which is located as far as possible from the hinges of the door. If you try to apply the force nearer to the hinge line than the knob, or at any other angle other than 90ᴼ to the plane of the door, you must apply greater force than the former to rotate the door. 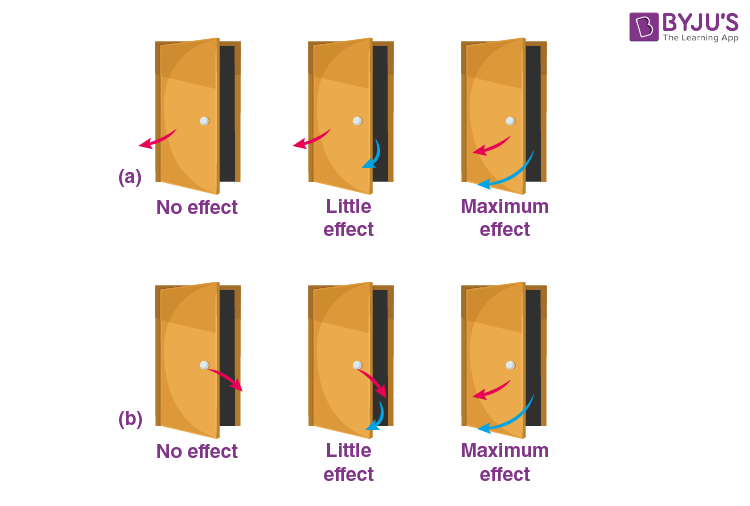 To determine how the applied force results in a rotation of the body about an axis, we resolve the Force (F) into two components. The tangential component (Fsinθ) is perpendicular to r and it does cause rotation whereas the radial component (Fcosθ) does not cause rotation because it acts along the line that intersects with the axis or pivot point. 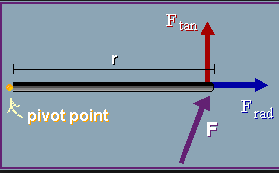 The ability to rotate the body depends on the magnitude of the tangential component and also on how far from the axis the force (r – moment of an arm) is applied. Therefore, mathematically it can be represented as

SI unit of torque is Nm.

To find the direction of Stability Of The Object

Example: If you consider disk and bike wheel of the same mass, a bike wheel is more stable.

The centre of mass of a body remains in equilibrium if the total external force acting on the body is zero. This follows from the equation F = Ma.

Under the action of several coplanar forces, the net torque is zero for rotational equilibrium. Note: If the net force on the body is zero, then the net torque may or may not be zero.

Ex. Determine the point of application of third force for which the body is in equilibrium when forces of 20N & 30N are acting on the rod as shown in the figure.

Let the magnitude of the third force is F, is applied in upward direction then the body is in the equilibrium when

So the body is in translational equilibrium when 10N force acts on it in the upward direction.

Then keep the body in rotational equilibrium.

So, 10N force is applied at 70cm from point A to keep the body in equilibrium.

Ex: A stationary uniform rod of mass ‘m’, length ‘l’ leans against a smooth vertical wall making an angle q with a rough horizontal floor. Find the normal force and frictional force that is exerted by the floor on the rod. The torque about any point of the rod should also be zero.

Ex: The ladder shown in the figure has negligible mass and rests on a frictionless floor. The crossbar connects the two legs of the ladder in the middle. The angle between the two legs is 60o. The fat person sitting on the ladder has a mass of 80 kg. Find the contact force exerted by the floor on each leg and the tension in the crossbar. Next, consider the equilibrium of the left leg of the ladder. Taking torques of the forces acting on it about the upper end,

Ex. The pulley shown in the figure has a moment of inertia l about the axis and radius R. Find the acceleration of the two blocks. Assume that the string is light and does not slip on the pulley. 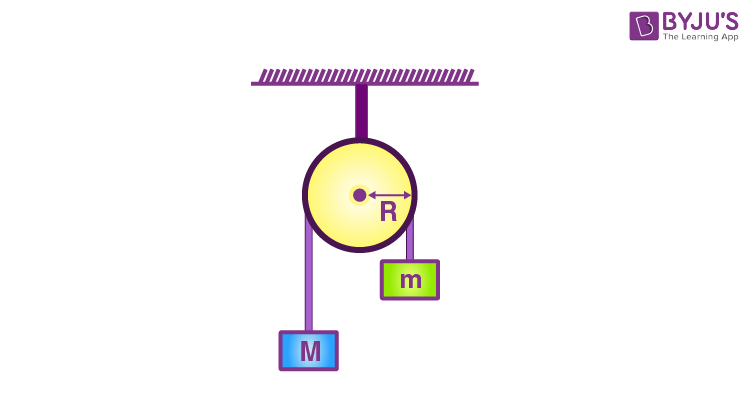 Suppose the tension in the left string is T1 and that in the right string is T2. Suppose the block of mass M goes down with an acceleration a and the other block moves up with the same acceleration. This is also the tangential acceleration of the rim of the wheel as the string does not slip over the rim.

The angular acceleration of the wheel ɑ = a / R.

The equations of motion for the mass M, the mass m and the pulley are as follows;

Angular momentum of a rigid in a fixed axis rotation

In a fixed axis rotation, all the constituent particles describe circular motion. Hence, the angular momentum of the particles about corresponding centres are

and similarly, Ln = mn𝛚rn2 where 𝛚 is the angular speed of the body.

Angular momentum of a particle about a given point is given by,

The direction of angular momentum is also given by the right-hand rule. (refer torque)

Newton’s law in the angular form:

The vector sum of all the torques acting on a particle is equal to the time rate of change of the angular momentum of that particle. 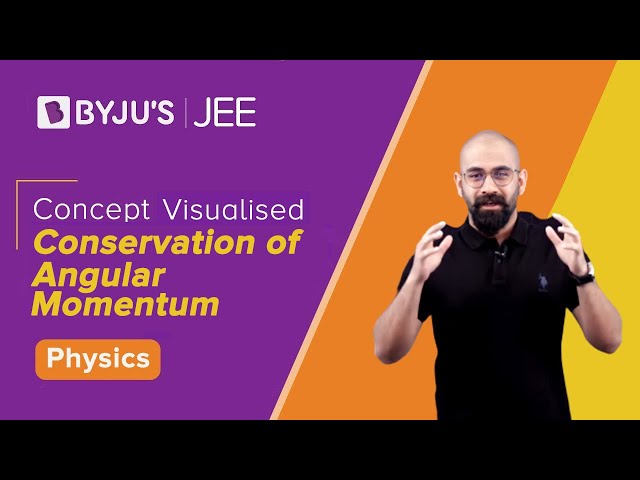 By the definition of torque,

When the resultant torque acting on a system is zero, then the total vector angular momentum of the system remains constant. This is called the principle of conservation of angular momentum.

Examples of conservation of angular momentum

Rolling motion is one such example. 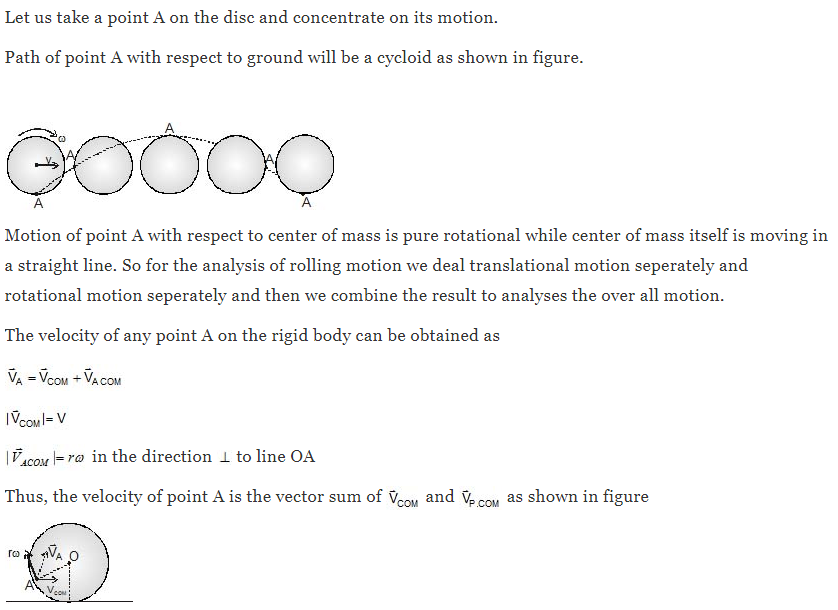 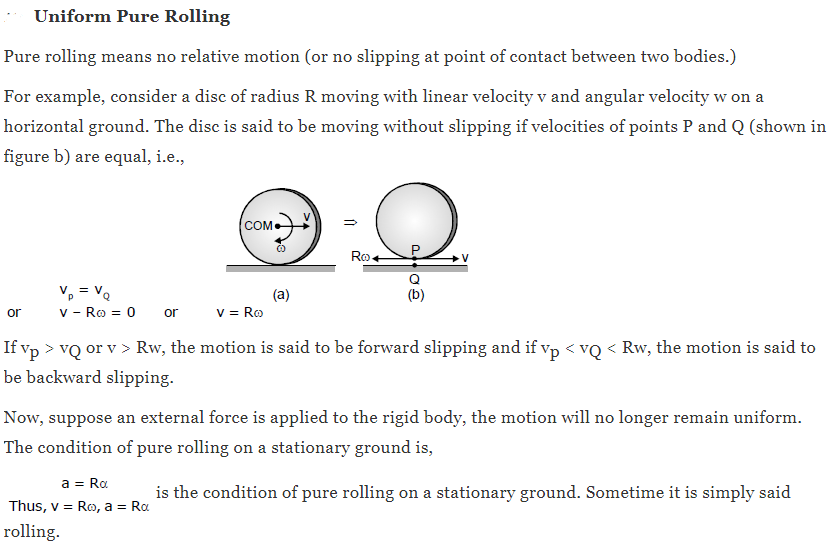 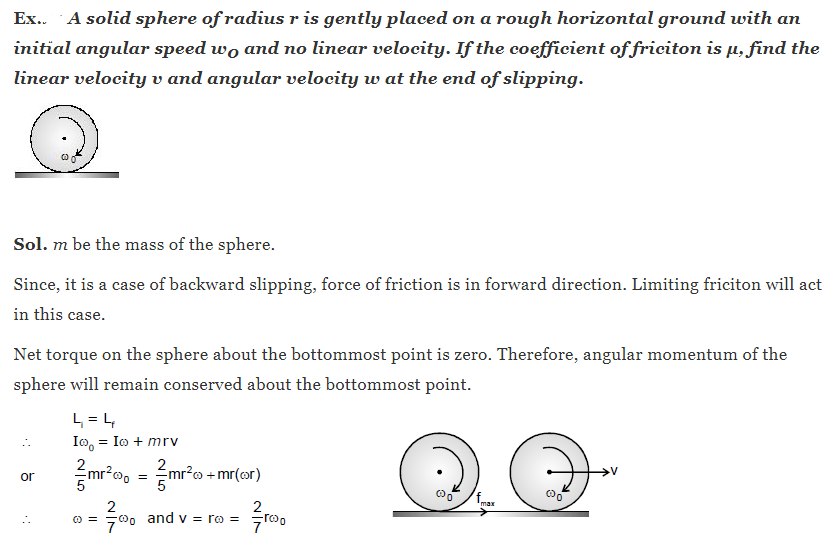 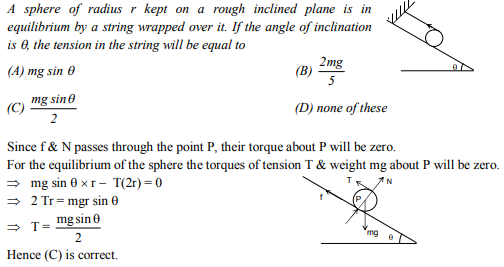 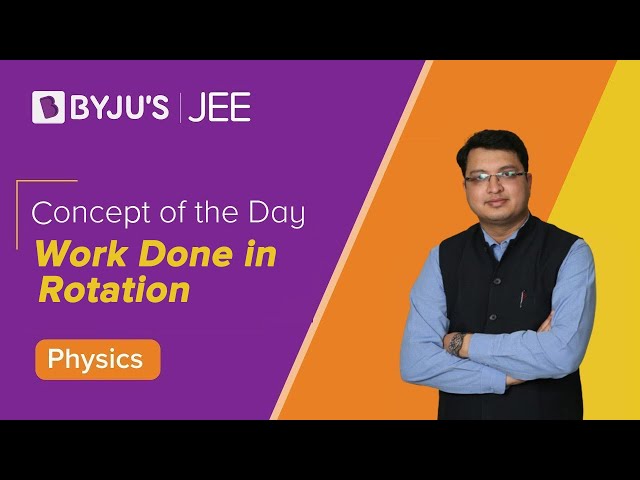 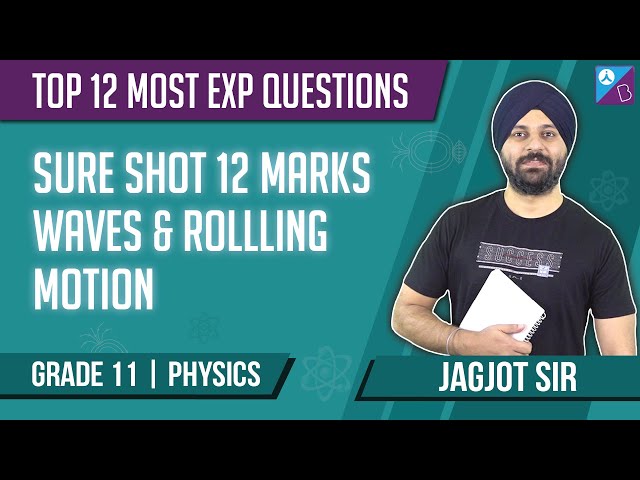 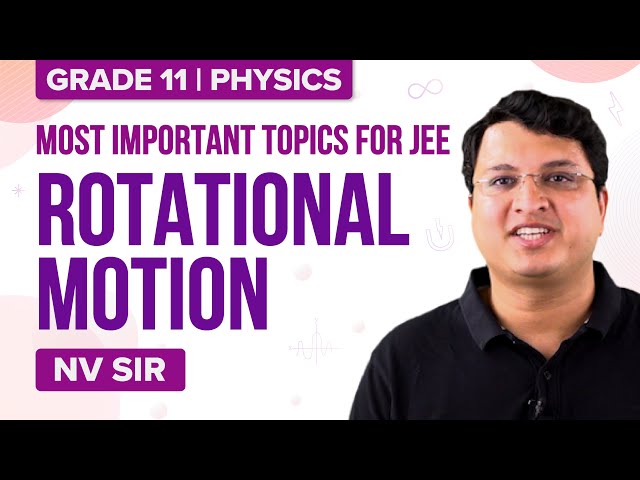 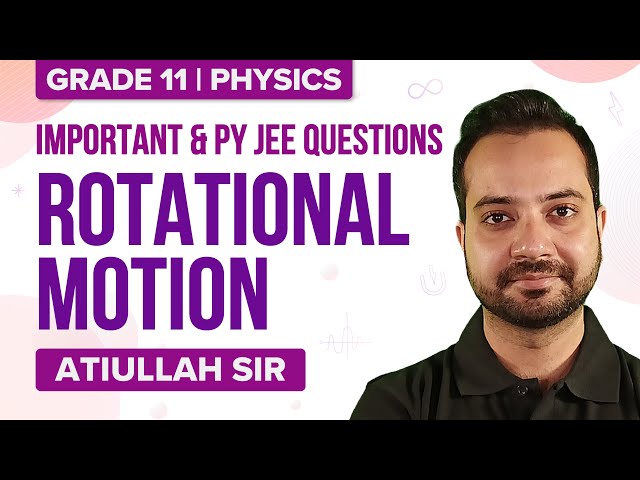 What is rotational motion? Give an example.

Rotational motion is a type of motion in which the body follows a circular path. An example is the car wheel.

What is the reason for rotational motion?

Is circular motion the same as rotational motion? Explain.