A carbocation’s prime job is to stop being a carbocation and there are two approaches to it. It can either get rid of the positive charge or it can gain a negative charge. Both method involves providing the missing electrons to the carbon lacking electrons. It is important to distinguish a carbocation from other kinds of cations.

A carbocation has a positive charge because it is short of electrons which means the carbon itself is capable of getting another two. This makes it a lewis acid and it also makes a carbocation different from other cations frequently we get to see.

Stability and Rearrangement of Carbocations 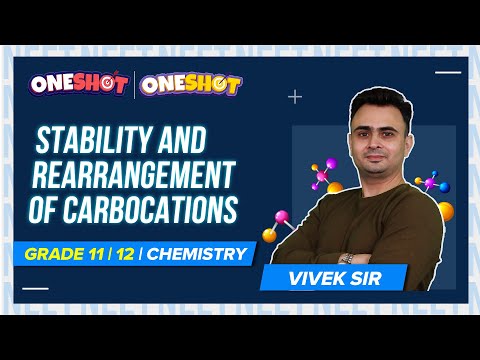 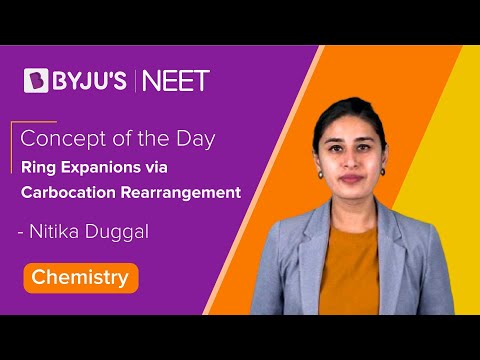 To understand why the Markonikov rule will work for carbocation, we need to learn more about the structure and stability of carbocation and the general nature of reactions and also the transition states.

Stability and Reactivity of Carbocations

The stability relationship is fundamental to understanding many aspects of reactivity and especially if it concerns nucleophilic substituents. There are many organic reactions that are widely used in the preparation of desirable organic compounds which include the formation of carbocations.

A very critical step in this reaction is the generation of the tri-coordinated carbocation intermediate. This is completely different from the nucleophilic or electrophilic substitution or electrophilic addition reactions.

In recent years it has become possible to put the stabilization effect on a quantitative basis. The incorporation of gas-phase measurements determines the proton affinity of alkenes leads to carbocation formation.

Allylic carbocation is considered to be more stable than substituted alkyl carbocations because delocalization is associated with the resonance interaction between the positively charged carbon and the adjacent pie (π) bond. The allyl cation can be represented as a hybrid of two equivalent contributing structures.

A distributed charge in a molecule is more stabilizing than a more localized charge and it is also experimentally determined that the double bond of an adjacent vinyl group provides approximately as much stabilization as two alkyl groups hence, the allyl cation 2o isopropyl cation are comparably more stable.

The classification of allylic cations as 1o, 2o, and 3o is determined by the location of the positive charge in the more important contributing structure.

When we compare stabilities of carbocations it must be understood that our standard for each cation is the substrate from which it is formed.

The order of stability of carbocation can also be explained by assuming that alkyl groups bonded to a positively charged carbon release electron density toward that carbon and help delocalize the positive charge on the cation. Thereby, electron releasing ability of alkyl groups bonded to a cationic carbon is considered by two effects, inductive effect and the hyper-conjugation.

Why does stability of carbocations increase with substitution?

It is very electron-poor for a positively charged species such as a carbocation, and so something that donates electron density to the centre of electron poverty can help stabilize it. It is not correct to suggest, however, that higher substitution carbocations are often more stable than less substituted carbocations.

The Baker-Nathan influence is presumably recognized among those chemists who obtained their training in physical organic chemistry in the pre-1975 period. The paper would also discuss how Nathan discovered what was considered to be the first instance of hyperconjugation by Baker and his collaborator.

How does conjugation affect stability?

In chemistry, a conjugated structure is a system of bound p orbitals in a molecule with delocalized electrons, which usually decreases the molecule’s total energy and improves stability. It is conventionally depicted as having single and multiple bonds alternating.

What is the stability of Carbanion?

A carbanion is a nucleophile that determines stability and reactivity by several factors: the inductive effect. The voltage can stabilize electronegative atoms adjacent to the charge. The larger the charge-bearing atoms-character, the more stable the anion; the anion ‘s degree of conjugation.