All the matter around us are made of tiny particles called atoms and molecules. While atoms of an element represent only one kind of particle, molecules are made of either the same or different kinds of one or more particles. This difference defines the two classes of compounds, namely heteroatomic and homoatomic molecules.

Q1. The homoatomic molecule in the following is:

Explanation: The buckyball or C60 is made from only 1 kind of atom, namely carbon.

Answer: The examples of heteroatomic molecules are HCl and H2O. These compounds consist of two different kinds of atoms, i.e. hydrogen and chlorine, present in the HCl and hydrogen and oxygen in H2O.

Examples of homoatomic molecules are H2 and Cl2. The molecules in both elements are formed from a single type of atom, i.e. hydrogen and chlorine, respectively.

Q3. What are homoatomic molecules?

Answer: FeSO4 consists of 3 different types of atoms, namely iron, sulphur and oxygen. Since the molecule is not made up of only one kind of atom, FeSO4 is a heteroatomic molecule.

Q5. The mass of an atom of all elements is compared to:

a. The mass of a hydrogen atom

b. The mass of an oxygen atom

Explanation: This is because the 12C isotope has an exact mass of 12 amu.

Q6. What is the difference between a heteroatom and a functional group?

Answer: Hydrocarbons are organic compounds made from carbon and hydrogen as their constituent elements. When any of the carbon or the hydrogen atom is replaced by an atom of a different element, that atom is called a heteroatom.

A functional group may be an atom or group of atoms which determine the properties of the hydrocarbons when a carbon or hydrogen atom is replaced by it.

Q7. Do the heteroatoms make a polar bond with the carbon atoms in the organic compounds?

Q8. The most stable form of phosphorus is:

Q9. The smallest chemical entity that is capable of its own independent existence is:

Explanation: Molecules are not the smallest chemical entity. On the other hand, ions are small but are not capable of their independent existence. Ions always exist in pairs, i.e. the positive and the negative ions making a neutral molecule. Atoms are the smallest chemical entities which are capable of their own independent existence.

Explanation: Water (H2O) is a triatomic molecule as it contains two atoms of hydrogen (2H) and one atom of oxygen (O).

Q11. What are functional groups?

Q12. State whether the given statement is true or false.

A molecule is a part of an atom.

Explanation: A molecule is a group of atoms made from either the same or different kinds of atoms. Hence, a molecule cannot be a part of an atom. In fact, atoms combine together to form molecules. Therefore, the given statement is false.

Q14. How can a heteroatom be identified in an organic compound?

Answer: All organic compounds are formed from hydrocarbon chains and ringed structures. Any atom other than the hydrogen atom and the carbon atom is a heteroatom.

Explanation: NH3 is made from three types of atoms; thus, it is a heteroatomic molecule.

Q2. Choose the heteroatomic molecules from the given options.

Q3. What is a polymer backbone?

Q4. How can we determine whether the given functional group is acidic or basic in nature?

Q5. What is the major difference between organic and inorganic polymers? 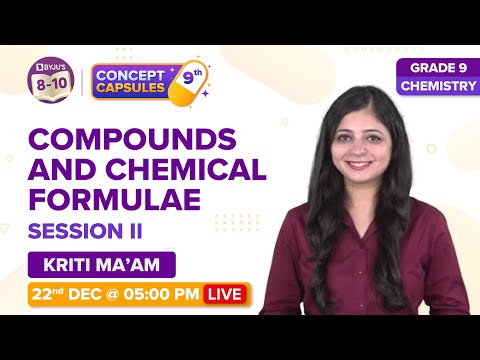