What does the term ‘Valency’ mean?

the number of electrons that must be lost or gained by an atom to obtain a stable electron configuration.

What does the term ‘Oxidation State’ mean?

The oxidation state of an atom is the number of electrons lost or gained by it.

Oxidation State and valency are one of the most fundamental properties of elements and can be studied with the help of electron configurations. 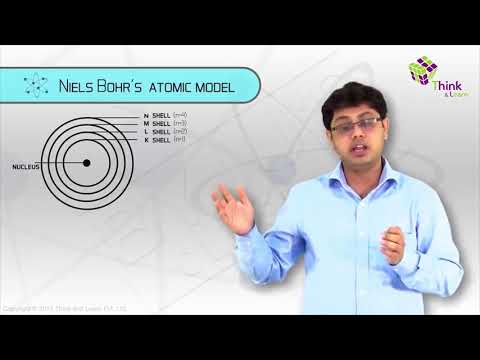 The general oxidation state of the elements of the periodic table is illustrated in the chart provided below. 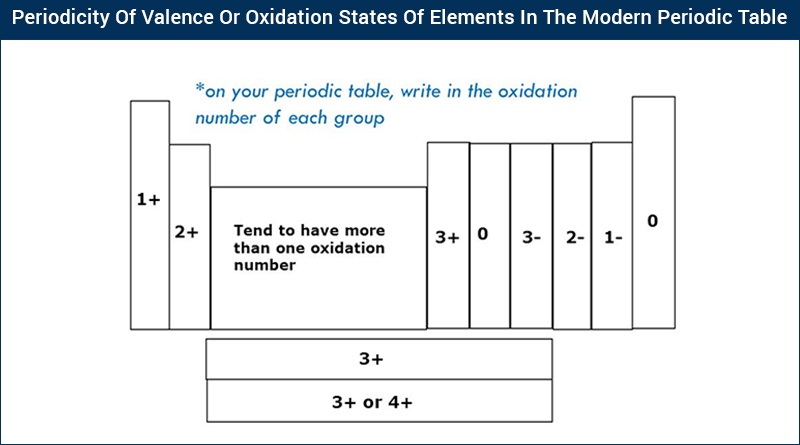 The valency of the first 30 elements of the periodic table is given below.

Periodic Trends in the Oxidation States of Elements

1. Variation Of Oxidation State Along a Period

2. Variation Of Oxidation State within a Group

As we move down in a group the number of valence electrons does not change. Hence, all the elements of a particular group group have the same valency.

Guidelines for assigning the Oxidation States

What is a valency?

Valency is defined as the number of hydrogen atoms which combine directly or indirectly with one atom of an element. Example: One atom of nitrogen combines with three atoms of hydrogen to form ammonia gas. So, the valency of nitrogen is 3.

What is carbon valency?

The valency of carbon is four and one atom of carbon can make four covalent bonds.

Carbon has a valency of four, so it is capable of bonding with four other atoms of carbon or atoms of some other monovalent element. This is known as tetravalency of carbon.

Does valency have a charge?

Charge is the value that is attained when an atom loses or gains electrons; this also happens to satisfy the octet rule. Valency is defined for elements whereas charge is defined for loss. So, valency cannot be related to charge.

How do you write the valency of oxygen?