Nomenclature Of Haloalkanes And Haloarenes

Initially, there was no proper system for the naming of compounds. Mostly there were trivial names that were used depending upon the country and region. These trivial names were based on the discoverer or the nature of the compound or its place of discovery.

There are two names associated with every compound:

The Methodology of Writing Name

The common and IUPAC names of some representative haloarenes are given below. 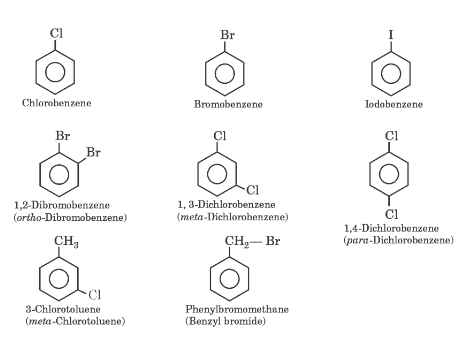 IUPAC Names of Some Haloarenes

For more information about nomenclature of organic compounds, download BYJU’S – the learning app from the play store or app store.

Test Your Knowledge On Nomenclature Of Haloalkanes!
Q5