The p-block elements are found in Periodic Table Groups 13 to 18. Their electronic valence shell configuration is ns2 np1–6 (except He which has 1s2 configuration). For Group 15, the configuration is ns2 np3. Atomic sizes, ionisation enthalpy, electron gain enthalpy, and electronegativity all have a big impact on the properties of p-block elements. Group 15 elements, also known as the pnictogens which include nitrogen, phosphorus, arsenic, antimony, and bismuth.

Q-1: Illustrate with the help of an equation, why +5 oxidation state of Bi is less stable than +3 state.

The chemical reaction shown below does not proceed due to BiCl3 being more stable than BiCl5.

Q-2: Which of the following is not known?

Explanation: N is from the second period. There is no d-orbital in the second subshell. As a result, arranging five pairs of bonding electrons around a nitrogen atom is impossible. As a result, NCl5 does not exist.

Q-3: Which of the Group 15 elements does not exhibit allotropy?

Explanation: Allotropy, also known as allotropes of the elements, is the property of some chemical elements to exist in two or more different forms in the same physical state.

Bismuth does not exhibit allotropy, but other elements do.

Q-4: The number of P-O-P bonds in cyclic tri metaphosphoric acid is

Explanation: The general formula for cyclic metaphosphoric acid is (HPO3)n, where the value of ‘n’ gives the number of P-O-P bonds.

The formula of cyclic tri meta phosphoric acid is (HPO3)3.This shows ‘n’ is equal to 3. Hence, the number of P-O-P bonds are 3.

The structure for the cyclic tri metaphosphoric acid is shown below:

Answer: b) White phosphorus is less reactive than red phosphorus.

White phosphorus: The angles in the P4 molecule are only 60 degrees, making it less stable and thus more reactive than the other solid phases under typical conditions. It easily catches fire in the air, producing dense white P4O10 vapours. The structure of white phosphorous is shown below:

Red phosphorus It has an iron grey lustre. It has no odour, is non-poisonous, and is insoluble in both water and carbon disulphide. Red phosphorus is less reactive chemically than white phosphorus. It is not visible in the dark. It’s polymeric, made up of chains of P4 tetrahedra connected by P-P connections as shown below Q-7: What happens when

The reaction is shown below:

Answer: A few ions are known consisting of two or more atoms of which at least one is N, that have properties similar to those of the halide ions. They are therefore called pseudohalides ions. These ions are univalent and form salts resembling the halide salts.

Q-9: SbCl3 on hydrolysis produces a white turbidity due to the formation of

Explanation: The chemical breakdown of compounds by water is known as hydrolysis. So, in terms of science, hydrolysis entails demonstrating the separation of synthetic molecules by adding water. Water’s reaction to the other chemical molecule results in the formation of at least two things.

Ostwald’s process is a two-stage chemical reaction that converts ammonia to nitric acid.

Stage 1 involves the oxidation of ammonia to produce nitric oxide and nitric dioxide, followed by the dissolution of nitrogen dioxide in water and the formation of nitric acid.

The reactions involved are:

Hence, we can clearly see that the intermediate compounds are nitric oxide(NO) and nitrogen dioxide(NO2)

The sum of the oxidation numbers of the atoms in the compound is then made equal to zero for neutral compounds.

Let the oxidation state of P be x in each compound.

Q-12: Which of the following statements is wrong?

Answer: a) A single N-N bond is more powerful than a single P-P bond.

Explanation: A small size of N atom results in a shorter N-N bond length.As a result, the lone pair of electrons on both N atoms repel each other, causing the N-N bond to become unstable or weaken.On the other hand, due to the large size of P, there is no electronic repulsion between P atoms.

Q-13: Give the correct order of acidic character of following oxides.

This makes the order of the acidic strength as:

Explanation: The term anhydride literally means “without water.” It is the chemical compound formed by removing water from another compound. Anhydride reacts with water to form a base or an acid.

Because anhydride is formed by removing water, adding water to N2O5 anhydride produces the corresponding acid/base.

We can clearly see that HNO3 is obtained from the N2O5 anhydride which is an acid.

Q-15: N2O is a laughing gas which is prepared by heating

Explanation: When ammonium nitrate (NH4NO3) is heated, the following reaction takes place resulting in the formation of laughing gas.

Q-1: Bond dissociation enthalpy of A-H (A=element)bond is given below. Which of the following compound will act as the weakest reducing agent

Q-2: Match the compounds in column I with their boiling point in column II

Q-3: Among the following gases, which oxide of N is coloured?

Q-4: Among the following, a sublimable substance is

Q-5: Write a chemical reaction between ammonia and cupric oxide. 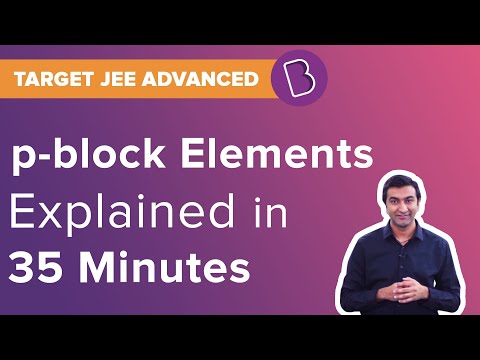