Stereochemistry – Viktor Meyer (1848–97) used the term in 1878 to describe the study of stereoisomers. In 1848, Louis Pasteur demonstrated that tartaric acid has optical activity, which is dependent on molecular symmetry, and in 1874, Jacobus H. van’t Hoff and Joseph-Achille Le Bel (1847–1930) independently demonstrated that a molecule with a carbon atom bonded to four different groups has two mirror-image forms.

Stereochemistry is the branch of chemistry that deals with stereoisomers and asymmetric synthesis. For studies on stereochemistry and stereoisomerism of alkaloids, enzymes, antibiotics, and other natural substances, John Cornforth (b. 1917) and Vladimir Prelog (1906–98) received the Nobel Prize in 1975.

Q1: Compounds with different atomic configurations in space but the same atoms bonded to each other are said to as having.

Explanation: These molecules are isomers since they have the same chemical formula (C7H14). However, due to a double bond, the molecules’ spatial orientations differ. And hence, the molecules can best be characterised as geometric isomers.

Q3: Which of the following alkanes has the ability to exhibit optical activity?

Explanation: 3–Methylhexane shows the optical activity as shown below:

Q4: What is the molecular formula for the stereogenic centre alkane with the smallest molecular weight?

Q5: Which of the following statements regarding this compound’s stereochemistry can be deduced?

a) This compound is optically active because the compound contains a centre, plane, or axis of chirality

d) This compound is not optically active because of its symmetry

Answer: b) This compound is optically active because it has stereogenic centers that create cis-trans isomers

Q6: What is meant by Chelate effect?

A five or six-membered ring is created when a bidentate or polydentate ligand comprises donor atoms positioned in such a way that when they coordinate with the centre metal ion. The Chelate effect is the name for this process. As a result, the complex’s stability improves. For example, the complex of Ni2+ with ‘+ion’ is more stable than NH3.

Q7: Give the importance of Stereochemistry in association with the Thalidomide Disaster.

The arrangement of the atoms in three-dimensional space has a significant impact on the molecule’s properties.

The thalidomide accident in Germany in 1957 is an example of the importance of stereochemistry. The drug thalidomide was first sold as an over-the-counter anti-nausea medication. Pregnant women took it to help with morning sickness.

However, due to the process of metabolism, it was observed that the medicine underwent racemization and generated a mixture of enantiomers in the human body.

One of these enantiomers is suspected of causing genetic harm in developing embryos and resulting in birth abnormalities in children. This is based on the fact that over 5000 kids were born with deformed limbs immediately after thalidomide became available over the counter.

As a result of the medicine’s unexpected side effects, tougher drug regulation rules were enacted (only 40% of the babies born with these deformities survived). The disaster emphasises the significance of stereochemistry.

Q8: There are three chiral centres in a molecule. In comparison to the original molecule, how many stereoisomers of this compound will have different boiling points?

(e) None of these

The molecular formula of constitutional isomers is the same, but their structures are different. Around a single bond, conformers rotate in different directions. Clearly, the molecules are not identical.

Q10: Explain the differences between cis and trans decalin’s stability and physical qualities.

The chair form of decalin’s six-membered rings, like those of cyclohexane, is believed to be the most stable (Figure). Two chairs, on the other hand, can be joined in one of two ways. The hydrogens at the ring junction might be on the same side of the molecule (cis-decalin) or on opposite sides (trans-decalin).

Q11: Define Chiral catalyst. What is a Chiral reagent?

A chiral derivatizing agent (CDA), also known as a chiral resolving reagent, is a chiral auxiliary that is used to transform a mixture of enantiomers into diastereomers so that the proportions of each enantiomer present in the mixture can be determined. Spectroscopy or chromatography can be used for analysis. With the popularity of chiral HPLC, the use of chiral derivatizing agents has reduced. Chiral derivatization is also utilised for chiral resolution, which is the actual physical separation of the enantiomers, in addition to analysis.

Q12: What is Positional Isomerism?

Q13: What is Chiral Synthesis?

Chiral synthesis (also known as asymmetric synthesis or enantioselective synthesis) is a type of chemical synthesis. It is described by IUPAC as a chemical reaction (or reaction sequence) that produces stereoisomeric (enantiomeric or diastereoisomeric) products in uneven proportions when one or more new components of chirality are produced in a substrate molecule.

Chiral synthesis is an important process in modern chemistry, especially in the field of medicines, because a molecule’s different enantiomers or diastereomers often have different biological activities.

Q14: Give the difference between Stereospecific and Stereoselective Reactions.

Stereoselective Reactions: A stereoselective reaction is one in which there are multiple pathways to choose from, but the product stereoisomer is formed due to the reaction pathway being more favourable than the others.

Stereospecific Reactions: The stereochemistry of the reactant determines the final product of a stereospecific reaction.

The sedative thalidomide, which was sold in a number of nations around the world from 1957 to 1961, is an example of such an enantiomer. The antidepressants escitalopram and citalopram are other examples.

Epimers are diastereoisomers that differ from each other at only one stereocenter. Each stereocenter generates two different configurations, resulting in a two-fold increase in the number of stereoisomers.

Many atropisomers can be found in nature, and some of them can be used in medicine development. Mastigophorene A, a natural substance, has been discovered to help in nerve growth.

Cis denotes that the functional groups (substituents) are on the same side of a plane, while trans expresses that they are on opposing (transverse) sides. Cis–trans isomers are stereoisomers, that are pairs of molecules that have the same formula but distinct functional groups in three-dimensional space.

Q1: What is the stereochemical relationship of the two compounds below?

Q2: In the following molecule, what is the relationship between the two groups?

a) They are equatorial to one another

b) They are axial to one another

c) They are cis to one another

d) They are trans to one another

Q3: What is Regiochemistry and stereochemistry? 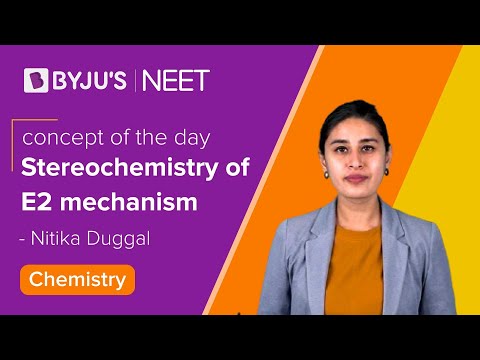 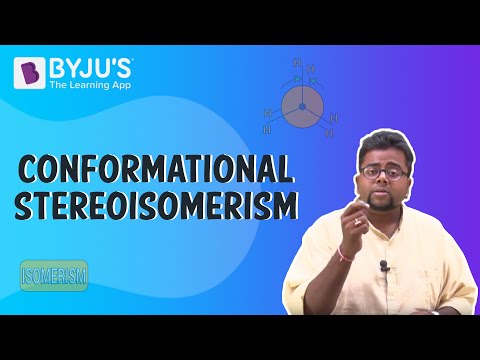