The biosphere is a narrow zone on the surface of the earth where soil, water, and air combine to sustain life. Life can only occur in this zone. From fungi and bacteria to large animals, there are several different types of life.

The biosphere is characterized as an area that contains all living organisms and the products of their activities. As a result, it plays a critical role in the maintenance of ecosystems, i.e., the existence of species and their reciprocal interactions. And the biosphere is critical for climate regulation. 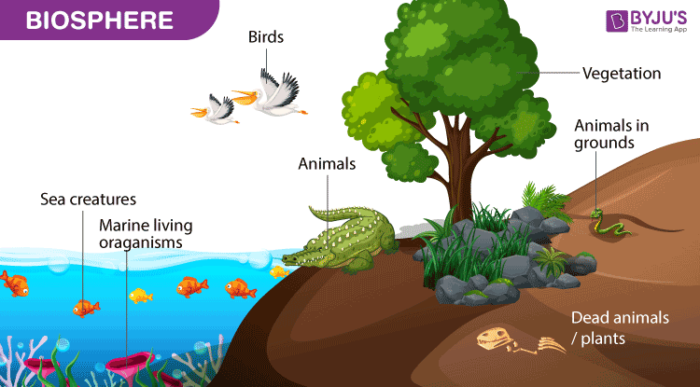 The biosphere provides important resources. Many people rely on the biosphere for basic necessities including food, medicine, construction materials, and fuel. Indigenous peoples, in particular. Except for salt, all food comes from the biosphere, but established societies prefer to farm rather than forage.

The biosphere is a relatively thin layer of the Earth’s surface that supports life, reaching from a few kilometers into the atmosphere to deep-sea vents. The biosphere is a global ecosystem made up of living organisms (biota) and the nonliving (abiotic) factors that provide them with energy and nutrients.

The biosphere is a narrow zone on the surface of the earth where soil, water, and air combine to sustain life. Life can only occur in this zone. From fungi and bacteria to large animals, there are several different types of life. 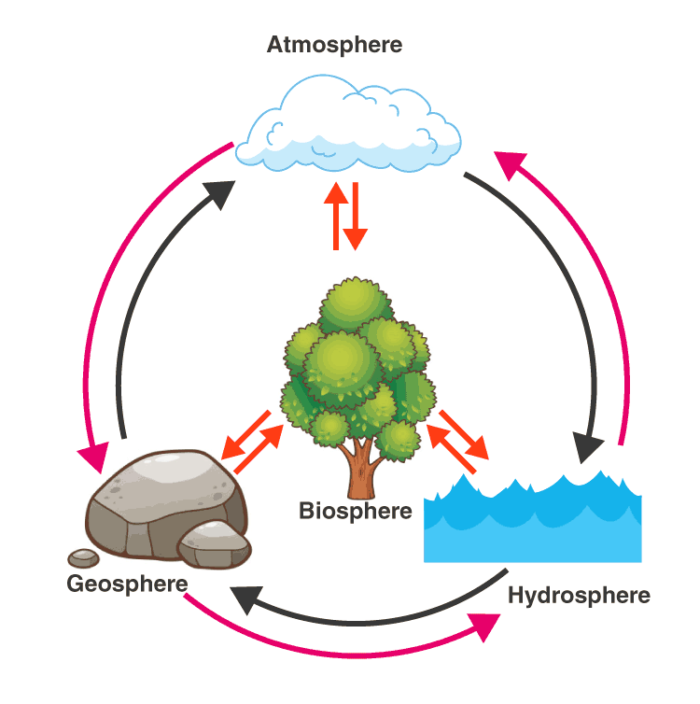 Safe areas for the protection of plants and animals are known as biosphere reserves. It also helps to restore the tribals’ traditional way of life in the region. They protect the region’s biodiversity. The biosphere is the ecological organization’s highest level. It covers all types of life as well as any biome on the earth.

The biosphere functions as the planet’s life support system, assisting in the control of atmospheric composition, soil health, and the hydrological (water) cycle. A indicator of a biome’s contribution to the earth. The biosphere is a narrow zone on the surface of the earth where soil, water, and air combine to sustain life. Life can only occur in this zone.

The biosphere, also known as the ecosphere, is the Earth’s dynamic biological epidermis of unknown dimensions. It is the natural habitat of living organisms. It is made up of the lithosphere’s surface, a lower portion of the atmosphere, and the hydrosphere.

The biosphere is the world’s ecological system as a whole. It encompasses all forms of life on Earth as well as all habitats capable of sustaining life. There are many biomes that make up the biosphere. These areas have unique climates, vegetation, wildlife, and adaptations that must be met in order to live.

Photosynthesis is the main source of energy for ecosystem processes. Processes in the biosphere are intertwined with those in the atmosphere, hydrosphere, and geosphere. Via the balance of photosynthesis and respiration, biological processes play a significant role in controlling atmospheric CO2 concentrations.

What are the Biosphere and its types?

What are the 4 components of the biosphere?

What are the benefits of the biosphere?

By promoting the wise use of natural and human resources, biosphere reserves contribute to the region’s environmental, economic, and social sustainability. They provide practical solutions for resolving land use disputes and safeguarding biological diversity.

How does the biosphere affect humans?

People play a critical role in sustaining the biosphere’s energy flow. People, on the other hand, may often stifle the flow. When people clear forests or burn fossil fuels like coal and oil, for example, oxygen levels in the atmosphere drop and carbon dioxide levels rise.

What factors affect the biosphere?

Life would not have been able to live in these too hot or too cold conditions. Climate, humidity, precipitation, temperature, erosion, and other minor factors alter the land and living conditions around living species. These elements have the ability to have an effect at the molecular level.