Understanding Active and Passive Voice rules are imperative for candidates preparing for various Government exams as well as other competitive exams.

In this article, we shall discuss in detail the Active and Passive Voice rules followed by examples, along with the sample questions asked in the examinations, based on the same. Candidates will be explained the concept and active -passive rules in English grammar both in the text and video format.

Let us first understand the meaning of voice, and what is active voice and passive voice.

What is Voice of a verb?

The voice of a verb expresses whether the subject in the sentence has performed or received the action.

Types of Voices of Verb

Active Voice – When an action performed by the subject is expressed by the verb, it is an active voice. Active voice is used when more straightforward relation and clarity is required between the subject and the verb.

Candidates preparing for any Government exam can check other important topics for the English language section.

Active And Passive Voice Rules For Conversion of Sentence

Candidates can watch the video on Active-Passive voice rules and concept in English. This will help them gain conceptual knowledge and understand the variety of questions asked in the exams even better. 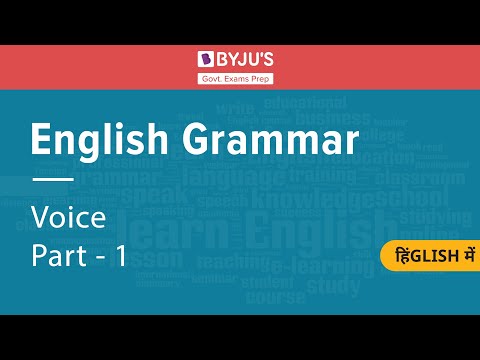 Rule 1. Identify the (S+V+O) Subject, Verb and object in the active sentence to convert to passive voice

Passive Voice : The sweater is knitted by her. (Object sweater is interchanged with the subject She).

Milk is sold in litres

Rule 4. Change the base verb in the active sentence into the past participle ie. third form verb in a passive sentence i.e. preceded by (By, With, to, etc). Base verbs are never used in passive voice sentences.

Rule 6. Use the suitable helping or auxiliary verb (is/am/are/was, etc.). The rules for using auxiliary verbs in passive voice sentences are different for each tense.

Forms of Active And Passive Voice For All Tenses 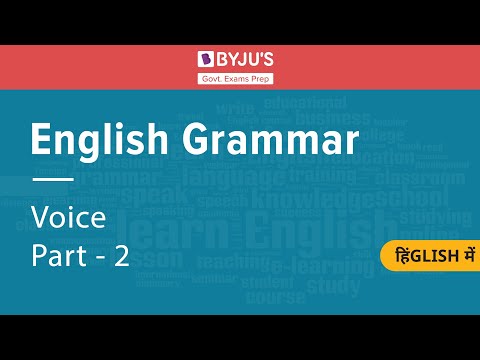 The syllabus of the English language is vast and for convenient preparation of this section, candidates can check English For Competitive exams to get more relevant topics.

The significance of knowing the rules of active and passive voice for the English language section of various competitive exams can only be understood by knowing the type of questions asked in the examination, based on the same.

Hence, given below are sample questions on active and passive voice asked in the English language section of various government examinations:

[Directions] In the following questions, a sentence has been given in either Active or Passive Voice. From the four options select the one which best expresses the same sentence in the opposite voice than mentioned in the question.

Answer (1) You are asked not to disobey your elders

Q.2. The students were listening to the teacher.

Answer (4) The teacher was listened to by the students.

Answer (4) You are asked to tell the maid to prepare tea.

Answer (2) By whom was your bike stolen?

Apart from the MCQ type questions given above, active-passive voice questions appear in reading comprehension and error spotting as well. Candidates to practice well for the exam can check out a few important Sentence correction questions asked in various competitive exams in the link provided.

Also, check Previous Year Question Papers PDF with Solutions to understand the scope and difficulty level of question in the exams.

Candidates must be well aware of the rules of Active and Passive Voices in English, so as to use them correctly without making any errors in the exam. Knowledge of active and passive voice will help score good marks in the exam as well as improve their understanding of English.

Being well acquainted with the rules of the active and passive voice will not only enhance the vocabulary skills for descriptive sections in the examination, but it will also improve candidates usage of English in day to day communication as well.

Almost all the exams, such as SSC exam, Bank exam, RRB exam, Insurance exam or any other Government exams have a separate section for the English Language in both objective and descriptive paper. Candidates can go through the English Question and Answers on important topics given below-

For a better understanding of the formation of words in English and to know the English words that are asked in most of the competitive exams, visit the links provided below

Aspirants preparing for the upcoming government exams must carefully go through the concept and rules of active and passive voice in English grammar, as they tend to score the least in the English Language section.

To ace this section, it is important that candidates have a clear concept of mistaken words or the confusing words in the English language. Given below are a few such words that they can check for reference-

Similarly, 100 Difference between Articles on various topics, subjects, concepts etc are given on the link provided for your revision.
For further questions or information regarding competitive exams, study material or best books for preparation, candidates can turn to BYJU’S.

Q.1. When do we use passive voice?

Ans. Passive voice is used when the doer of the action is not known and the focus of the sentence is on the action and not the subject.

Q.2. How do we identify the passive voice sentence?

Q.3. What is Active Voice Example?

Ans. When an action is done by a subject, the verb of that sentence is in the active voice, there is a straightforward relation and clarity between the subject and the verb, example – Melvin hit the football where Melvin (Subject) acts in relation to the Football.