Students can access the downloadable version of the questions here.

Also, an overview of the important class 10 science questions compiled are given here:

2. The schematic diagram indicating the transmission of electricity is given below :

3. In the manufacture of sugar, the container of the sugarcane juice is connected to a vacuum pump. Why ?

4. A person is having the symptoms of thirst and frequent urination for a long time. The blood capillaries in the retina of this person have ruptured causing blood entering into the vitreous humour making it opaque. Name the eye disorder found in this person.

6. Draw the diagram of AC dynamo and label the following parts :

7. Draw a diagram of a dicot plant and label the following parts :

9. How is greenhouse effect caused ? Explain. Name the greenhouse gases.

11. Name the two important non-metallic oxides which cause acid rain

13. Lymph plays an important role in protecting the immune system of the body. Justify this statement.

14. Draw a diagram of a blast furnace used in the extraction of iron.

15. Differentiate between Caucasoid and Mongoloid man based on their physical features.

18. The graph of a wave motion is given below. Observe the graph and answer the following questions : 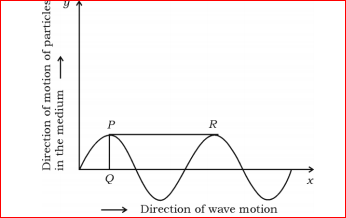 19. Name the steps in the manufacture of common sugar from sugarcane and explain the first step.

Why Solve the Karnataka Board Class 10 Science Important Questions?

These questions are prepared after analyzing the previous year question papers of karnataka state examination board and identifying the questions that repeat often or are more likely to repeat. These questions also cover most of the important topics of the subject as per the Class 10 Karnataka Board Science Syllabus.

For more such resources, students can stay tuned to BYJU’S. Get more updates and exam materials like the Karnataka state board class 10 science notes, sample papers and so on.