To determine the net force acting upon an object on an inclined plane is difficult because the two forces acting on the body are not in opposite directions. To simplify, one of the forces acting on the object will have to be resolved into perpendicular components so that they can be easily added to other forces acting on the object. The force that is directed at an angle to the horizontal is resolved into horizontal and vertical components. In the case of inclined planes, we resolve the weight vector (Fgrav) into two components. The force of gravity will be resolved into two components of force – one directed parallel to the inclined surface and the other directed perpendicular to the inclined surface. The diagram below shows how the force of gravity has been replaced by two components – a parallel and a perpendicular component of force. 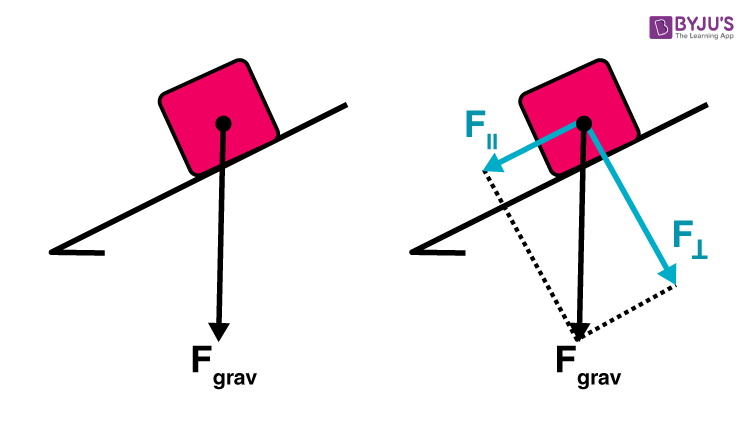 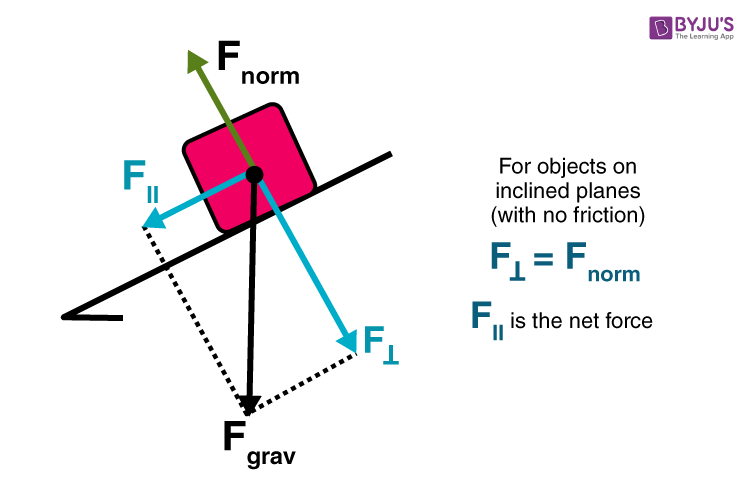 In the absence of friction and other forces, the acceleration of an object is the value of the parallel component divided by the mass. This yields the equation,

In the presence of friction and other forces such as applied force and tensional force, it gets slightly complicated. 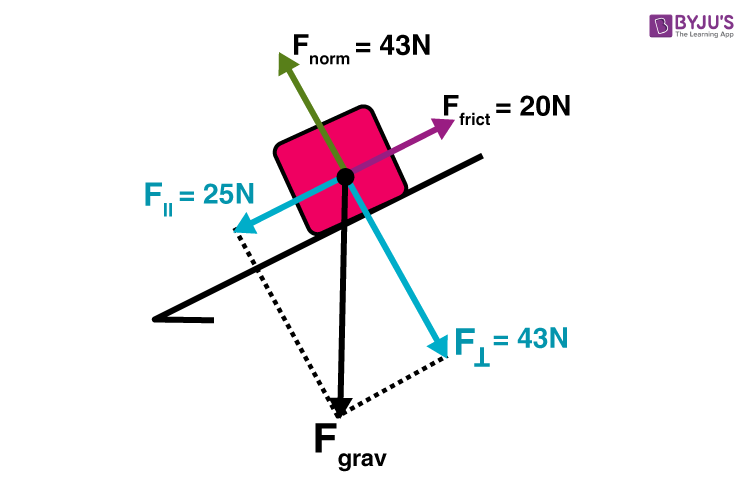 Let us consider another example. 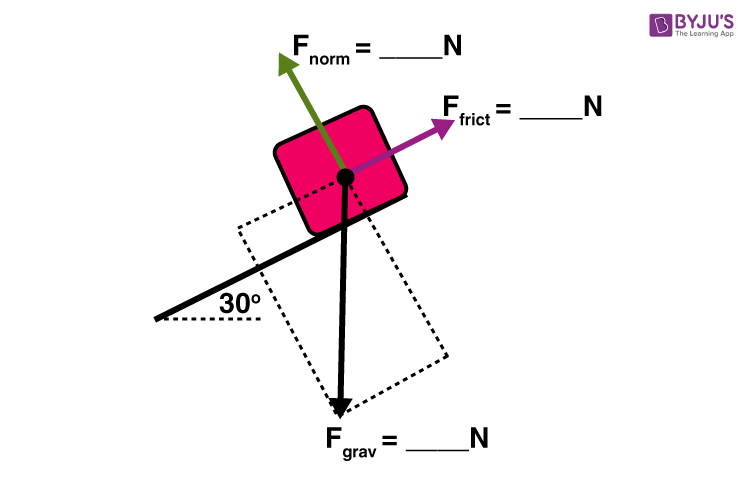 The free-body diagram shows the forces acting upon a 100-kg crate that is sliding down an inclined plane. The plane is inclined at an angle of 30 degrees. The coefficient of friction between the crate and the incline is 0.3. Determine the net force and acceleration of the crate.

The force of gravity in the given problem can be calculated as:

The components of the force of gravity can be determined as follows:

The value of the frictional force can be determined by multiplying the value of normal force and the coefficient of friction.

The net force is the vector sum of all the forces acting on the body.

The net force can be calculated as follows:

The acceleration is calculated as follows:

What is an Inclined Plane?

An inclined plane is a flat supporting surface tilted at an angle, with one end higher than the other.

Why do we use Inclined Planes?

An inclined plane is used as an aid for raising or lowering a load.

Is an inclined plane a simple machine?

An inclined plane s one of the six simple machines.

Why do objects placed in an inclined plane accelerate?

Objects placed in an inclined plane accelerate due to unbalanced forces.

How does friction affect inclined planes?

In the case of an incline, the force of gravity is not perpendicular to the surface. As the angle of the incline is increased, the normal force is decreased, which decreases the frictional force. The incline can be raised until the object just begins to slide.

Like an incline, a lever is also a simple machine that helps us with lifting heavy loads. But, how does it achieve this? What are the parts of a lever? How do they work? Watch the video to find answers to all your questions. 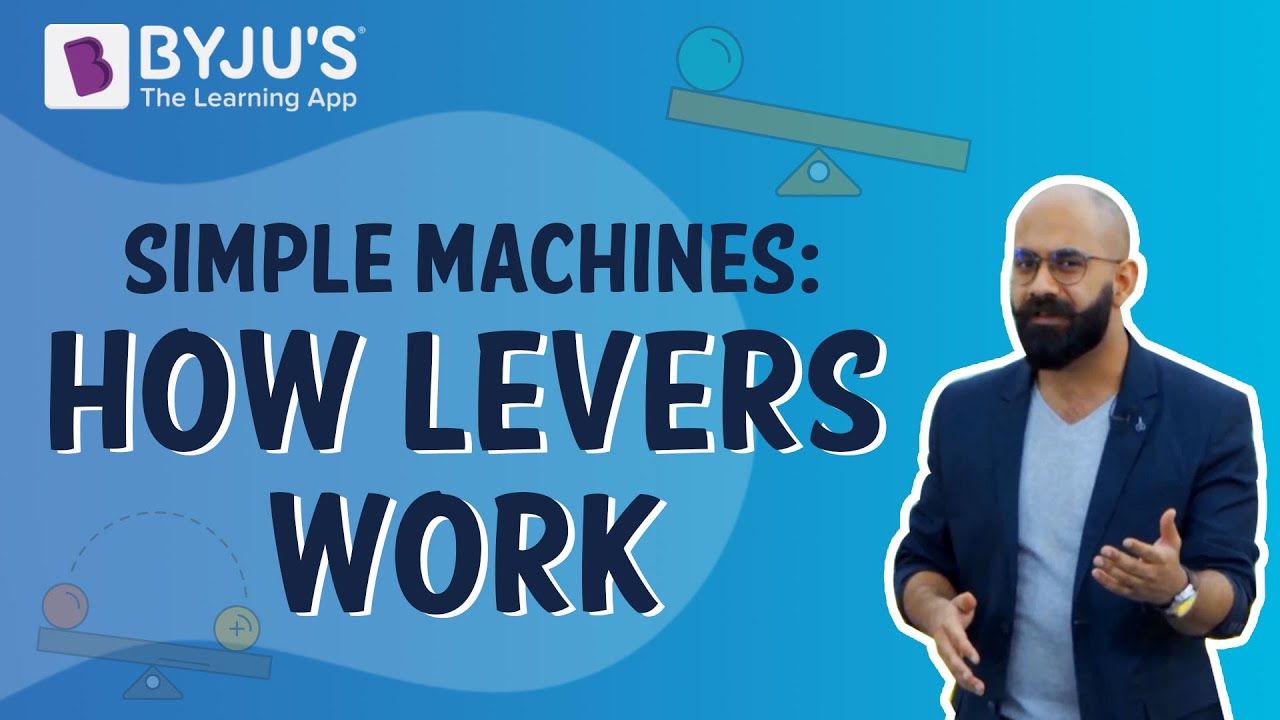