Since the beginning of time, humans have developed devices and tools to make work easier. The most notable among these are the six simple machines: the inclined plane, the wheel and axle, the pulley, the lever, the screw, and the wedge.

What is a Simple Machine?

A mechanical device that changes the direction or magnitude of a force is known as a simple machine. In general terms, they are defined as simple mechanisms that make use of leverage or mechanical advantage to multiply force. Simple machines have few or no moving parts to modify motion and force. Let us learn more about the six simple machines, in the next few sections.

An inclined plane consists of a sloping plane and is used to raise heavy bodies. Inclined planes make it easier to lift objects to greater heights. There are two ways to raise an object: they can be either raised by lifting it straight up or by pushing it diagonally up.

Lifting an object straight up moves the object in the shortest distance but a greater force must be exerted. Using an inclined plane to lift objects requires a smaller force but must be exerted over a long distance. A few everyday examples of inclined planes include sidewalk ramps, highway access ramps, inclined conveyor belts, and switchback roads. 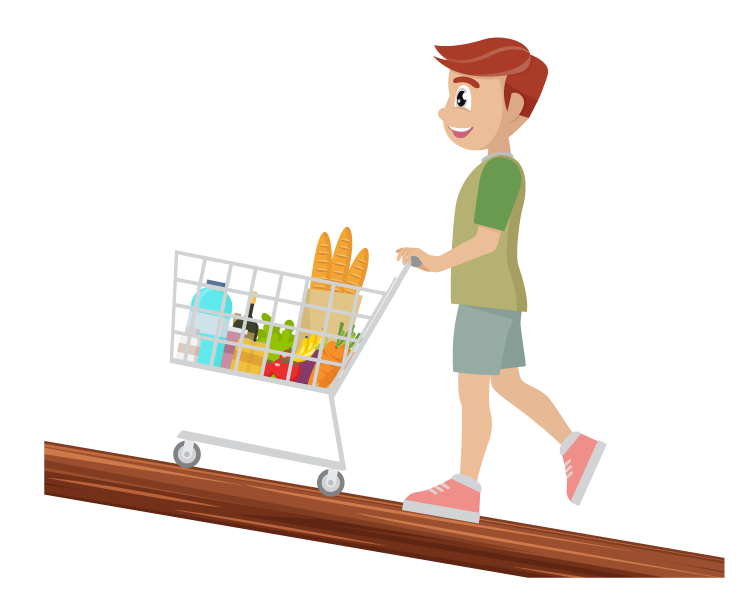 An inclined plane produces a mechanical advantage to decrease the amount of force needed to move an object to a certain height.

Wheel and axle make work easier by moving objects across distances. The wheel and axle greatly reduce the friction involved in moving an object. The wheel (round ends) turns with the axle(or cylindrical post) causing movement. The wheel is one of the most significant inventions in the history of the world. Before the invention of wheels, the amount of load and the distance through which we could carry the load over land was limited. It is easier to roll a 2000 kilogram block of stone using logs placed underneath it than to push it. 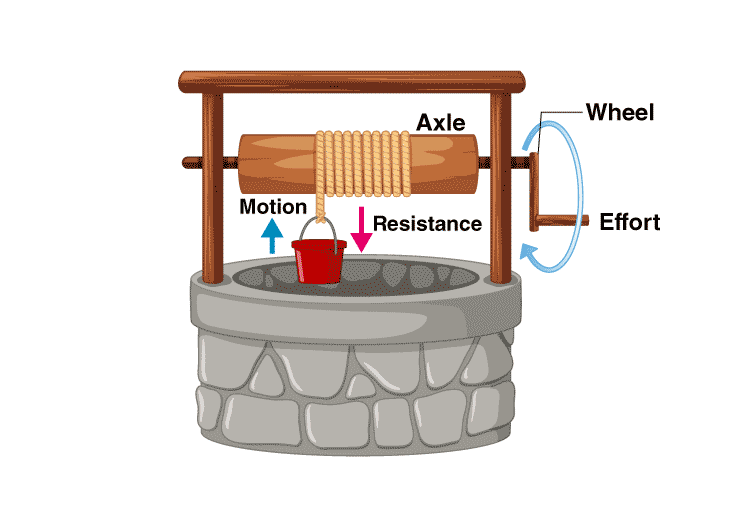 Instead of an axle, a wheel could also rotate a rope, cord, or belt. The variation of the wheel and axle is the pulley. In a pulley, a cord wraps around a wheel. It is a simple machine that is used to change the direction of the force. When the wheel rotates, the cord can move in either of the directions. By attaching a hook to the cord, the wheel’s rotation can be used to raise or lower objects, making work easier. Various types of pulley help in making a variety of lifting and moving tasks easier. To hoist a flag on a flag pole, a pulley system is necessary. A rope is attached to the pulley to raise and lower the flag more easily. 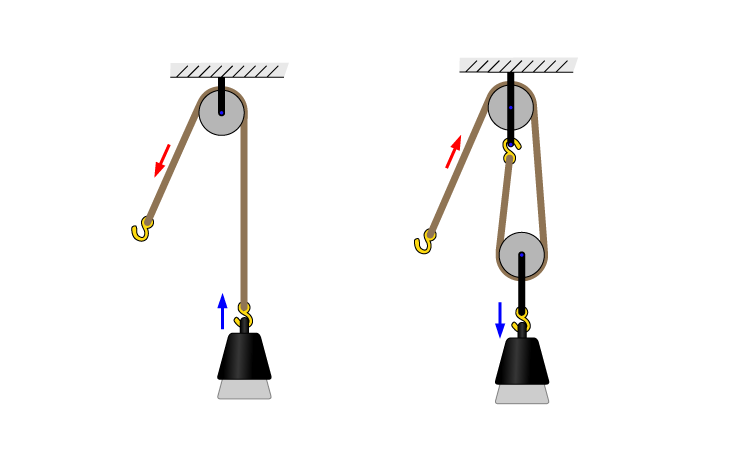 The mechanical advantage of a pulley system is equal to the number of ropes supporting the movable load.

A lever is a tool that is used to pry objects loose. Levers are also used to lift objects. A lever has an arm that turns against a fulcrum. Exerting a force on one end of the pivot creates a force on the other end of the lever. The applied force is either increased or decreased based on the distance from the fulcrum to the load, and from the fulcrum to the effort. A few examples of levers are the hammer that we used to pry nails loose and the kids’ favorite see-saw. To read about the different types of levers, click here. 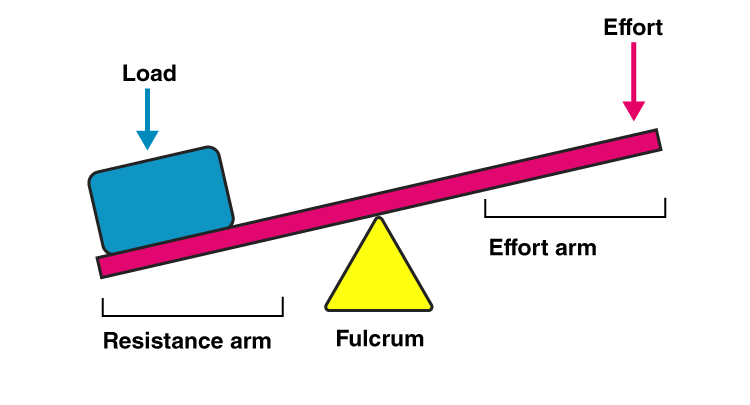 A lever amplifies an input force to provide a greater output force, which provides leverage.

An inclined plane wrapped around a shaft is known as a screw. The two primary functions of a screw are to hold things together or to lift objects. The threading around the shaft in a screw makes it an efficient tool to hold things together. The threads grip the surrounding material like teeth, resulting in a secure hold. A few examples of screws include screw, bolt, clamp, spinning stool, and spiral staircase. A car jack is an example of a screw being used to lift something.

A screw converts rotational motion into linear motion. The mechanical advantage depends on the space between the threads and the length of the screw.

A wedge is a simple machine that is used to break apart the substances by applying force. A nail is a common example of a wedge. In a nail, the force is applied to the wide head area. This applied force is concentrated in a small point area where the force is exerted. At this point, the force is magnified and enables the force to pierce through objects. As the nail sinks into the object, the wedge shape at the point of the nail moves forward and forces the object apart. 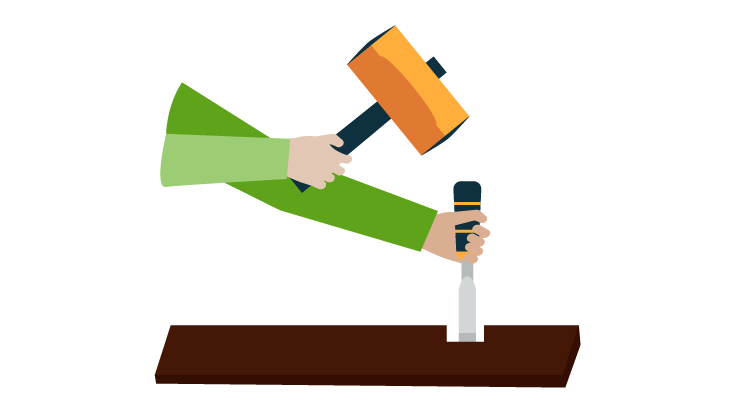 Splitting a wooden slab using a wedge and a hammer

What are compound machines?

A bottle cap is an example of which simple machine?

Bottlecap is an example of a screw. The cap of the water bottle has a spiral shape. When you place it on the bottle and twist, the cap pulls itself toward the bottle.

Is Broom a simple machine?

Yes, the broom is an example of a lever. You pivot the handle of the broom at the top (fulcrum), push the handle near the middle (effort) so the bristles at the other end will sweep across the floor.

What type of simple machine is a doorknob?

A doorknob is an example of a wheel and axle. When you turn the large knob on the door, a rod on the inside releases the latch that holds the door closed. It would be difficult to turn the rod without the knob.
Test your knowledge on Simple Machines
Q5