We barely think about gravity in our daily lives, but we must realise that it defines the way we interact with the world. We grow within its constraints, and our heart, muscles, balance system all depend on it. In this article, let us understand this essential force and its effect on us.

Every object that has mass exerts a gravitational pull or force on every other mass. The strength of this pull depends on the masses of objects at play. Gravity is what keeps the planets in orbit around the sun and the moon around the Earth. Hence, we define gravity as:

Gravity is a force that attracts a body towards the centre of the earth, or towards any other physical body having mass.

Gravity plays a major role in sustaining life on earth. It is because of the gravitational pull between the earth and the sun the atmosphere is kept in place and provides us with the air that we need to breathe in order to survive. It also keeps us at a safe distance from the sun allowing us to enjoy the sun’s light and warmth. 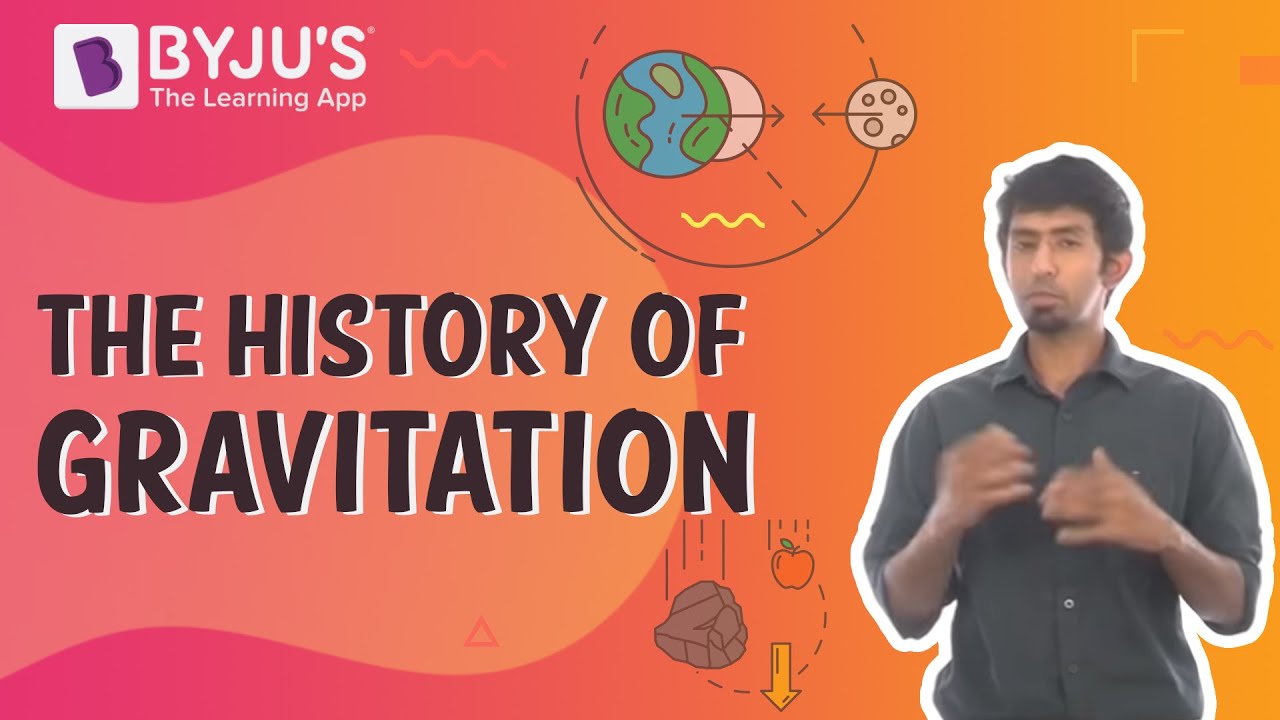 Sir Issac Newton defined the force of gravity as follows:

Mathematically, this translates to:

This equation gives the magnitude of the force and since it is an attractive force it will always be directed towards the other object. From the above equation, we can come to the conclusion that anything that has mass has gravity. Objects with heavier mass have more gravity. The closer the two objects are, the heavier the gravitational pull between them. Gravity gets weaker with distance. The above formula is used to calculate the gravitational force between two objects.

A few examples of gravity at work are:

Gravity has the same effect on all objects. If you drop an iron road and a feather, they will fall at the exact same speed. Due to the effect of air resistance on gravity, it might look like the iron rod falls at a greater speed. However, if they were dropped in the vacuum, they would fall at the exact same time. The gravity of an object depends on its size. To be more specific, the Gravity of an object depends on the mass of that object. It is undoubtedly the weakest known force in nature and thus plays no role in determining the internal properties of everyday matter.

Relationship Between Gravity and Weight Weight is defined as the force with which a body is attracted to the earth by gravitation. It is just another word for the force of gravity Fg. Weight is a force that acts on all objects near earth. The weight of an object can be calculated by multiplying the mass of the body with the magnitude of the acceleration due to gravity (g = 9.8 m/s2).

Mathematically, it is represented as:

Many people confuse mass with weight. One has to keep in mind that mass is the measure of how much the body resists velocity, in other words, the inertia of the object. Although they are closely related to each other, they mean different things. The mass has units of kg, whereas, the weight is a force and has units of N.

Gravity is very important to us, it wouldn’t have been possible for us to live on earth if it weren’t for gravity. The sun’s gravity is what keeps the earth revolving around it, keeping us at a comfortable distance to enjoy the sun’s warmth and light. Ultimately, gravity is the glue that holds the cosmos together!

Gravity is a force that attracts a body towards the centre of the earth, or towards any other physical body having mass.

What are the examples of gravity?

The gases in the sun are held together by gravity and gravity is what causes the moon to revolve around the earth.

Does time go faster at the top of the building than at the bottom?

Yes, time goes faster the farther away you are from the earth’s surface compared to the time on the surface of the earth. This effect is known as “gravitational time dilation”. In short, the gravitational field is nothing but the curving of space and time.

How do spaceships create artificial gravity?

What is the speed of gravity on Earth?

Does the influence of gravity extend out forever?

The farther away you get from gravitational bodies such as the sun and the Earth, its gravitational effect on you weakens but never completely goes away.

Test your knowledge on Gravity
Q5