It is to be noted that the charged bodies in a system of charges that are very small as compared to the distance between them are treated as point charges. In such bodies, all the charges distributed over the surface of the object are assumed to be concentrated at one point. Very often, we get to deal with systems where the influence of many such systems is to be taken into consideration. In order to calculate the final effect in such cases, we need to add and subtract these charges from one another. In order to simplify the operations involved, it is necessary to study the properties of point charges. In this section, we will learn about three such properties of point charges; the additivity of electric charge, the conservation of electric charge, and the quantization of electric charge. 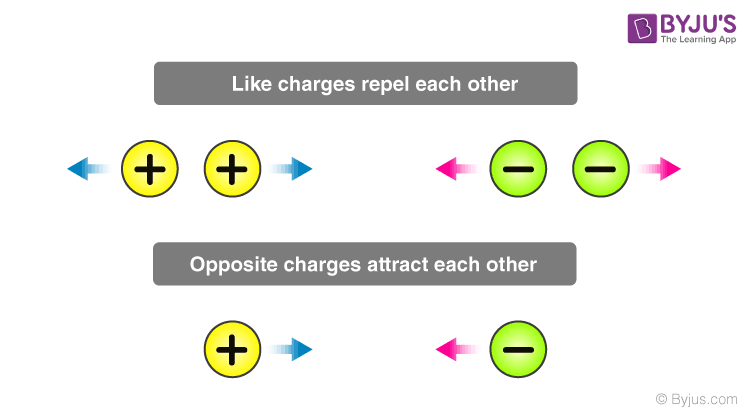 Let us consider a system of charges containing three point charges with magnitude q1, q2, and q3. In such a system, the total charge of the system can be obtained by algebraically adding the three charges.

These charges have magnitude but no direction, are scalar quantities, and are treated like real numbers during conducting any operation. For a system containing n particles, the total charge of the system can be written as,

We note that the charge can either be positive or negative and the operation takes the sign of the charge into consideration.

According to the principle of quantization of electric charge, all the free charges are integral multiples of a basic predefined unit which we denote by e. Thus, the charge possessed by a system can be given as,

Where n is an integer (zero, a positive or a negative number) and e is the basic unit of charge, that is, the charge carried by an electron or a proton. The value of e is 1.6 × 10-19C.

To learn more about the basic properties of electric charge and other related topics, download BYJU’S – The Learning App.

Test your knowledge on Properties of electric charge
Q5