Difference Between Longitudinal and Transverse Wave 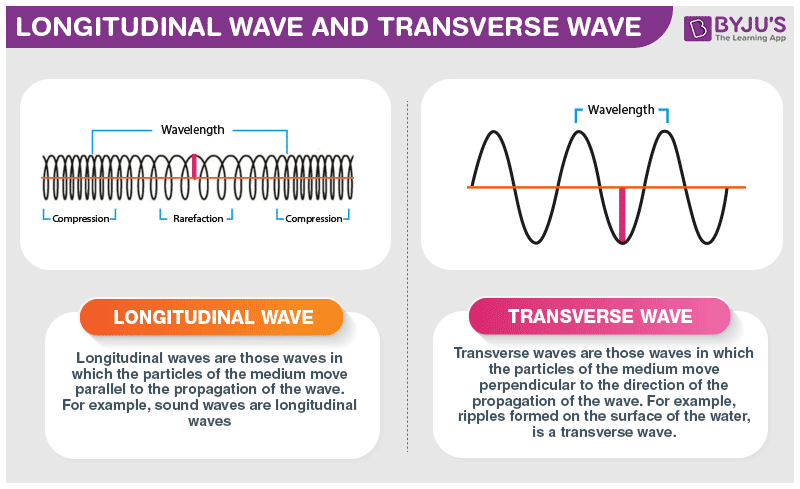 A wave is a disturbance that propagates energy from one place to another without transporting any matter. The general example would be a stone hitting the surface of the water and creating ripples that travel in a shape of concentric circles with its radius increasing until they strike the boundary of the pond. There are various types of waves and the two of those would be longitudinal and transverse waves.

Difference Between Longitudinal and Transverse Wave

These were some difference between longitudinal and transverse waves. If you wish to find out more, download BYJU’S The Learning App.