Difference Between Torque and Moment

As we are aware that motion of an object is referred to the changes in the position with respect to time. Keeping this in mind, there is a difference between torque and moment and one of the major factor responsible for the change is the force which influences the object to undergo changes. 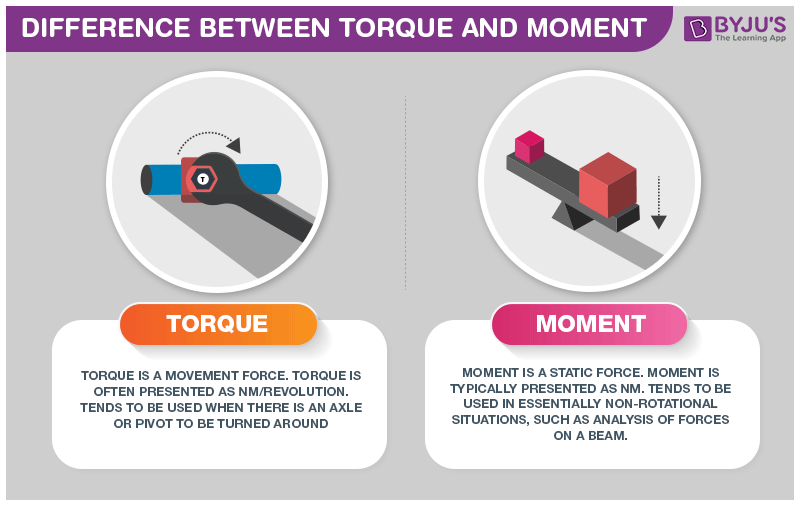 Difference Between Torque and Moment

Many forces are being applied to an object and we will consider torque and moment among them. The moment is referred to as the nature of the force in moving the object. It could be a measurement of the kind of force in order to rotate the object at its axis through a point. It is referred to the perpendicular distance of the force’s line of action from the point of rotation.

Torque is the nature of the force in causing the rotation of the object in an axis and pivot. It is referred to as the measurement of the turning force of the object.

These were some difference between torque and moment. If you wish to find out more, download BYJU’S The Learning App.